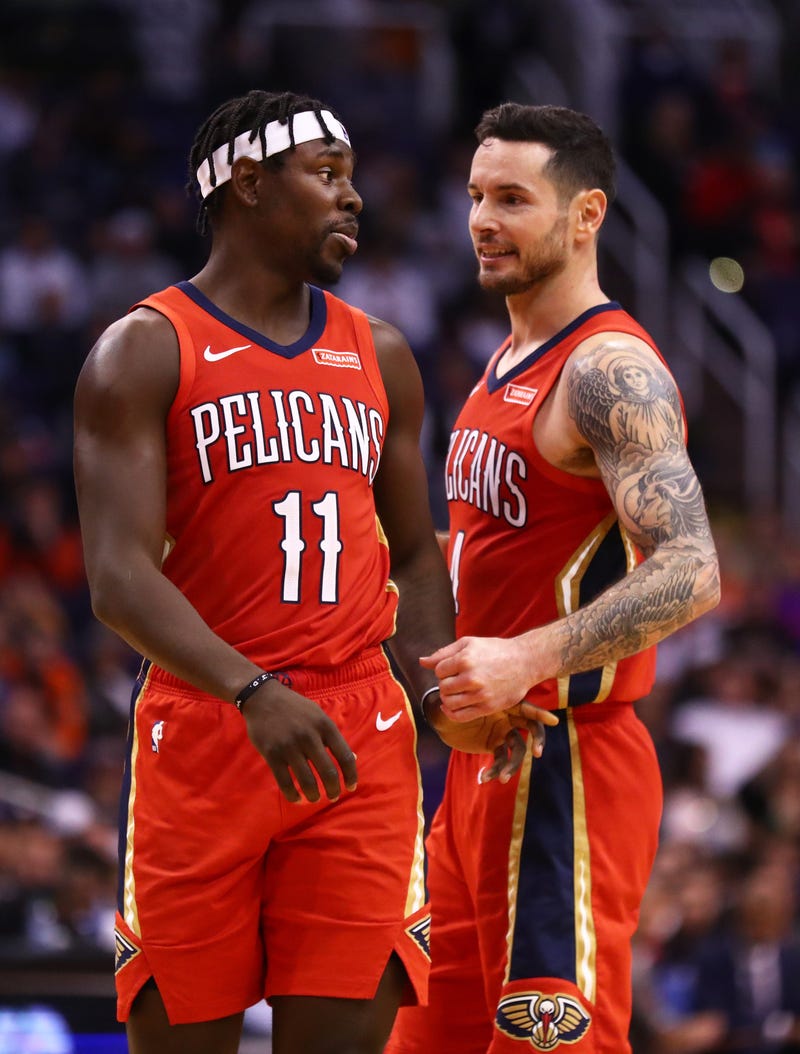 While they may have started the season 1-7, the Pelicans have put in the work to improve their fortunes quite dramatically, elevating their record to a much nicer 6-9. They stretched their current winning streak to three games last night by taking down the Suns in Phoenix. Early on, it was J.J. Redick leading the charge.

Redick carried the team while leading scorer Brandon Ingram found his footing, and after a rocky first half, Ingram delivered again and again after intermission.

Ingram would finish with a game-high 28 with Redick adding 26, but it was the Pelicans' defense that won the day, sparking a 10-0 run to start the third quarter that flipped a seven-point deficit into a lead that they would not relinquish the rest of the game.

With the 124-121 victory, the Pelicans have now won 5 of their last 7 games. Their three-game road trip continues tomorrow night in Salt Lake City against the Utah Jazz. They wrap up Sunday night in Los Angeles against the Clippers.