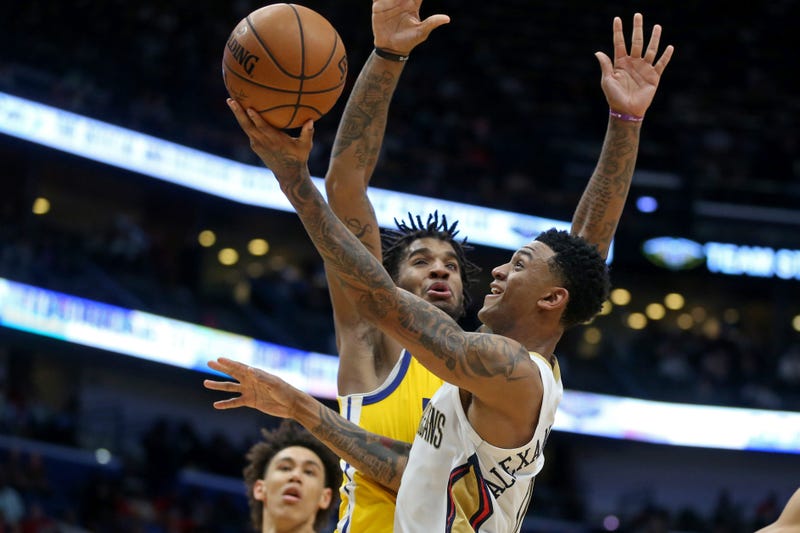 The weekend offered up a mixed bag for Pelicans fans, who watched the team go into Miami extremely shorthanded Saturday night. And while they couldn't come away with the win, the game offered something of a breakout opportunity for the team's third first-round pick of 2019.

Nickiel Alexander-Walker led the team with 27 points in the 109-94 loss, shooting 6 for 9 beyond the arc. It was a strong showing on a night where seven Pelicans were sidelined.

Last night, the team played the second half of a back-to-back. Alexander-Walked showed out again with 19 points off the bench

And while most of the same injuries were in play, they did get J.J. Redick back, a return that made a big difference in their fortunes.

Redick put on a show in the Smoothie King Center, dropping 26 on the visiting Golden State Warriors to help the Pels to a 108-100 win.

So since earning just one victory in their first eight games, the Pelicans have alternated wins and losses in their last five, going 3-2 over the stretch. Now they have yet another opportunity to win two straight for the first time this season when the Trail Blazers visit New Orleans tomorrow night.