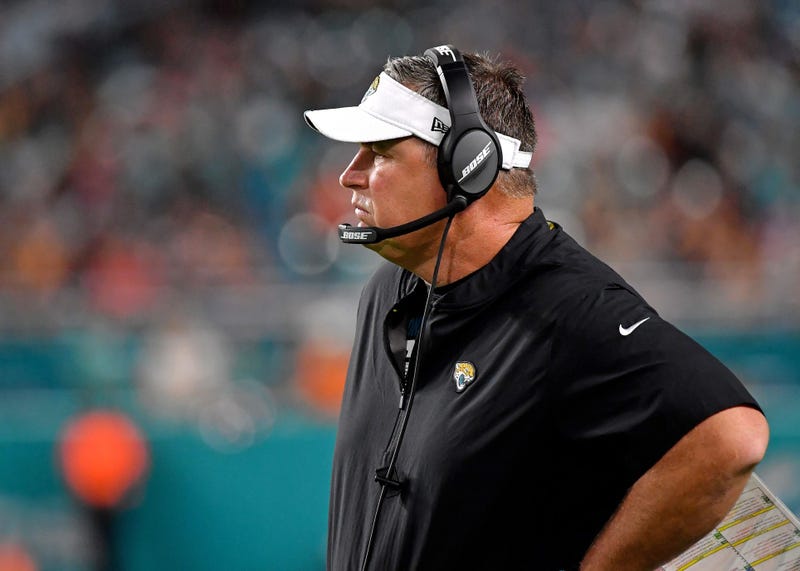 When the Saints head into Jacksonville to take on the Jaguars Sunday, they had better head in prepared for a fight. That's because the Jags' head coach Doug Marrone, a former offensive coordinator under Sean Payton in New Orleans, will know just what buttons to press on a team that got manhandled a week ago, according to the voice of the Saints Zach Strief.

"Doug Marrone is a great teacher," Strief said on his weekly radio show Friday afternoon on WWL. "He can't help himself. He loves that. And so a game like this, a team coming off of a thrashing physically by the Carolina Panthers, Doug is in his element. Doug has all the ammunition he needs to go and coach his guys up. And I guarantee you that's what they've gotten all week. They've gotten Doug Marrone in full negative Doug Marrone mode, which I believe is much closer to his natural personality. He's more negative in his essence than he is positive."

Strief has remained friends with Marrone since he left the Saints to become a head coach.

"I think Doug has changed a lot since he was with us," Strief said. "He left New Orleans to go to Syracuse, his alma mater. He became the head coach at Syracuse before taking the job in Buffalo.  I think the time in college changed his mindset a good bit. And maybe just being a head coach has changed him from his time being an offensive coordinator."

"He demanded such attention to detail," Strief added. "He was such a good teacher of the fundamentals of football that it changed the way I approached playing."

Strief added that he wouldn't have made it in the NFL without Marrone's guidance, and laughed about the call he received when his career was over.

"He called me when I retired and was like, 'Hey, who would have guessed you and Jahri [Evans], two fat rookies, would have made it as long as you made it,'" Strief said.

The Saints face the Jaguars at noon Sunday on WWL. Our coverage starts that morning at 8. You can hear the full audio of Strief and McAllister reminiscing about Marrone by clicking the podcast link.