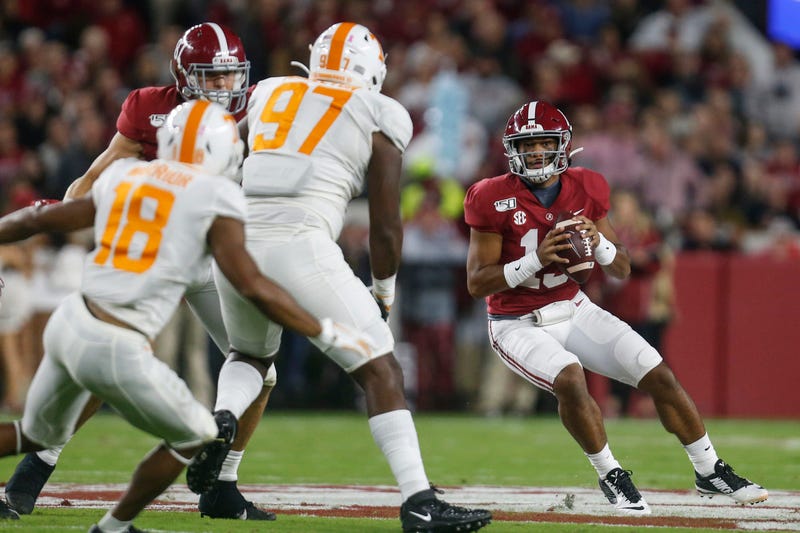 It’s no secret that Alabama quarterback Tua Tagovailoa may not be at full strength when the LSU Tigers battle the Crimson Tide on Saturday. In fact, the Tide quarterback is set to be a gametime decision. But if he does play, which is currently expected, WWL’s Deuce McAllister has thoughts on how the Tiger defense should attack him.

“On a regular high ankle sprain, it’s the lateral movement that you worry about,” McAllister said. “So when you talk about a quarterback seeing pressure, particularly up the middle… I’m getting flushed out of the pocket.

“So I wouldn’t be surprised to see some A-gap pressure to make him move left to right.  And can he do it consistently and be accurate? Or you talk about the RPO system and him having the ability get out on the edge and throw the ball. Not necessarily run it. I don’t think LSU will worry a ton about him being a runner. And he may be at the point where he feels comfortable doing it, as far as running, but I would have to see it.”

If I’m Dave Aranda, I would have to see him do that and prove to me that he can do it when you talk about putting the gameplan together.

McAllister says he believes Tagovailoa must be at 100% to get a win over LSU on Saturday.

“I think he has to be his full self to beat this LSU team,” McAllister said. “I don’t think that he can’t have the ability or the threat of running the ball and have success against LSU.”

#2 LSU faces #3 Alabama in Tuscaloosa Saturday at 2:30pm on WWL. Our coverage starts that morning at 10. You can hear the full discussion by clicking the podcast link.