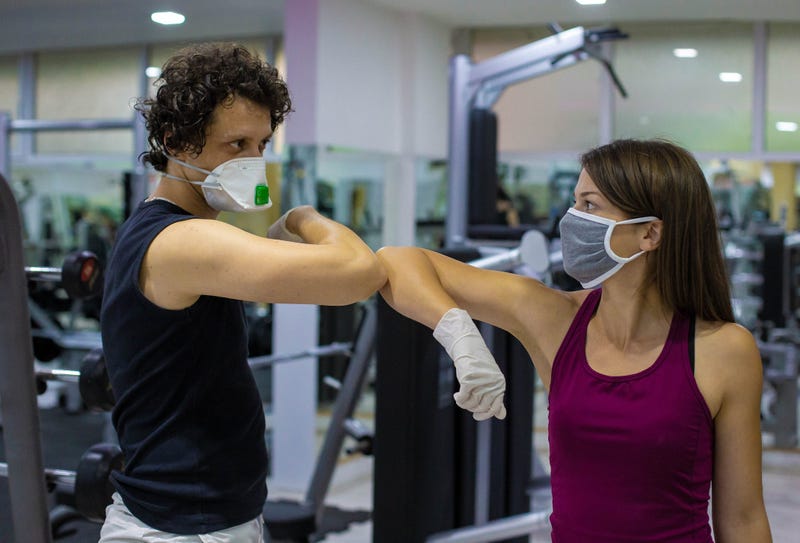 Louisiana is moving into Phase 3 today, a decision that Governor John Bel Edwards described as the most difficult that he and his team have grappled with since the pandemic began earlier this year. The Governor joined Newell this afternoon to explain this thought process and what Louisianians can expect moving forward.

“You spent a lot of time yesterday talking about the gating criteria relative to raw numbers, test positivity, hospitalizations, looking back at the experience over the previous two weeks,” Newell began. “A lot of folks are saying the only reason you’re doing this is that you received pressure from St Tammany and Jefferson Parish. I don’t mean to jump right out on that, but it is what I am hearing all day long. Your thoughts?”“First of all, I had a conversation with the council in Jefferson Parish and I know they passed a resolution,” Edwards replied. “Maybe they intended it that way, but I never felt pressured to do anything other than have a conversation about what they could expect. What I told them is what I’ve told everyone in Louisiana - we’re going to continue to apply the same gating criteria, and when it supports advancing to the next phase, that’s what we’re going to do. The criteria haven’t changed… if you’ve got sustained declines that warrant moving the next phase, you can do it. The data speaks for itself. The difficulty with this isn’t the data, it’s not anything that I was told by officials in St Tammany, Jefferson, or anywhere else. It’s the fact that we had a hurricane, and that people are displaced, others are coming in to fix power lines, remove debris and deliver assistance, and we had Labor Day as well. It’s not a question of whether the data supports moving to Phase 3, it does. What I wrestled with is - do you allow the unknown to take priority over the known?”

“In balancing the consideration of lives and livelihoods, I think you’ve stayed true to the course in trying to flatten the curve,” Newell continued. “That’s why I ask that right away, because all of the naysayers are saying ‘well, he succumbed to this or that,’ and it hasn’t been that. I'm curious - yesterday, the Mayor seemed to be frustrated that the state isn’t giving her any information.”

“Well, she’s not told me that, and I didn’t have the benefit of observing what you did,” Edwards said. “We’ll continue to work with her and all officials - we share information, very detailed, granular information that is available to anyone in the state on the LDH website. With respect to local elected officials, we work primarily through our regional medical directors. Dr. Kanter is in region one and is in regular communication, but obviously, if there’s something we need to fix, we will do that. But we make the data available to everyone, and the criteria haven’t changed.”“I think down here a lot of people are frustrated that 63 parishes are in lockstep, with Orleans as the outlier,” Newell said. “They’re trying to figure out what’s the difference in the gating criteria that are being evaluated because the numbers being reported out of New Orleans are quite positive!”“I understand that, and I know how hard these decisions are. I’m not going to be critical of local elected officials,” Edwards said. “I will remind everyone that back in March and April, the New Orleans metro area had the highest growth rate in the country, and by some measures, the highest in the world. There were some real questions about whether or not we would be able to get on top of that and flatten the curve, and it did happen. It happened because of all the cooperation among citizens and churches and businesses, but it also happened because of good decisions made by local elected officials! Any time we think about this situation, we need to recall that too. In the Mayor’s case, I think she’s trying to be very careful not to give up the gains that she’s made, and I’m not going to try to explain the basis for her decisions. I'm assuming they’re based on the information she’s getting out of her health department and so forth. I’ve not been critical of any local official throughout this, and I’m not going to start today.”