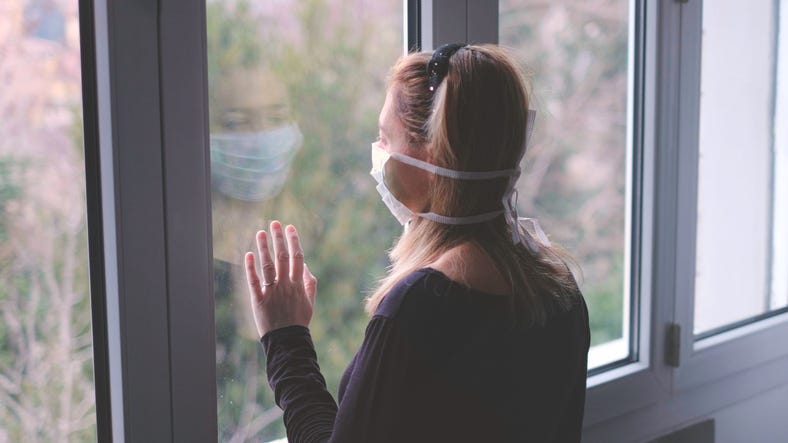 Newell invited Jefferson Parish President Cynthia Lee Sheng onto the program Monday morning to give an update as to conditions there amid the deepening coronavirus pandemic. As of this writing, Jefferson is home to more than 3,500 cases of COVID-19 with 121 deaths.“There were some numbers that came across this weekend that gave us pause,” Newell began. “ I was just talking about the covidiots out there who are walking to the beat of their own drum and aren’t listening to advice given. What are you seeing out there?”“The beautiful weather is certainly a positive thing, but it’s been tough for us because people want to be out,” Lee Sheng said. “We had to close the Bonnabel boat launch because it was just way too crowded. What we need for people is to just stay in their neighborhood. Go for that walk, but we can’t have big gatherings in public places, even in this beautiful weather. I'm hoping this weekend is going to be rainy!”

“The testing facility that y’all have in Jefferson, what’s the latest report on that?” Newell asked.“We’re doing up to 250 a day,” Lee Sheng answered. “It’s kind of a strange thing, some days we will hit capacity very early, and then days like yesterday, we end up shutting it down because there’s no line, the demand isn’t there. It’s hard… when you look at the death rate, some days you have a high number because there was a lag in reporting. Sometimes there is a lag with the test results reporting too, so it’s hard to just always count on that number representing what’s really going on in the community. The number drops and you think you’re doing better, then it goes up the next day. The time lag is a little confusing you need to take a step back… we’re still climbing, but hopefully, we’ll see that light at the end of the tunnel.”Sheng continued to chastise those who aren’t taking the pandemic seriously.

“People don’t get it unless it hits home to someone they know, and only then do they change their behavior, and we’ve got to get out of that. Put yourself in others’ shoes and continue to social distance even if you don’t know anyone who is affected. We have to do better as a community. Just read what’s going on and understand how serious this is.”“I know you’re starting to get reports about sales tax collections for the first time. That’s a major revenue source for you, so what are you starting to decipher from the numbers as they come in?”

“The time we are really going to see a decline in sales tax collections will be May,” Lee Sheng said. “The March sales get remitted in April and pushed to the beneficiaries in May. We’re fortunate to have enough of a reserve to continue everyone having a full paycheck. We made that decision early, that even people staying at home will get their full check. But we are concerned about sales tax as well as property tax. A lot of government agencies rely on that, and we know we’re going to have a hit. Even the sectors that are doing well, like groceries, are not going to make up for the slack in the economy as a whole.”

Lee Sheng remained optimistic about how the economy can recover once social distancing rules are relaxed and businesses reopen, and the vision laid out for Jefferson Parish can come back into focus.