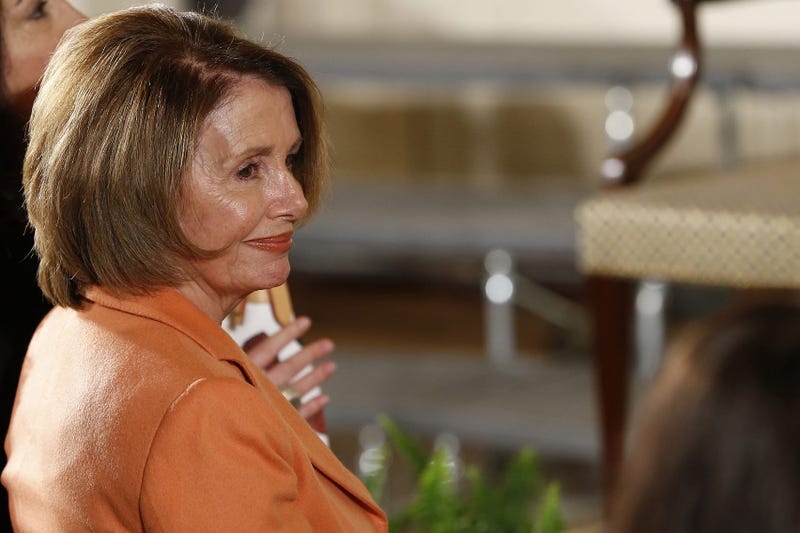 House Democrats have passed a monster bill aimed at COVID relief efforts, weighing in at nearly 2,100 pages. For background on what’s in the bill, how it got there and where it’s headed next, Newell invited Adam Michel from the Heritage Foundation onto the program Monday morning.

“Adam, you identified five highlight items in this bill that you think need to be rethought or taken out. Tell us about them,” Newell began.

“These are five of the most egregious things,” Michel said. “It’s basically a laundry list of far-left progressive wish list items, regardless of the pandemic or current economic crisis. They do things like extending the expanded unemployment bonus that allows people to make 150 or 200% of what they would have made at work. They’re incentivizing people to stay out of the labor market, they have tax cuts for high-income people in blue states, there’s bailouts for underfunded pensions, forgiveness of student loan debt, a postal service bailout. All of these are really poor policies that could extend the crisis further.”

“When you think about the extension of the $600 unemployment bonus - they’re talking about extending that through January of 2021 - and look at the makeup of the labor force in this country, that benefit alone far exceeds what they would normally earn. What would motivate these people to come back to work?” Newell asked.

“That’s exactly the problem, you extend the $600 Federal unemployment bonus on top of what you would normally get at the state level,” Michel said. “Just that piece for a year can give any worker $31,000 of income throughout the year. Combined with state level benefits it puts many people well over 100% of what they would have earned in the private sector. We’ve been speaking to business owners big and small who are thinking about reopening right now, and simply can't find workers who want to come back.”

“One other item you talk about is bailing out states and localities,” Newell continued. “In the bill there’s a trillion dollars in aid to state and local government, and from what I’ve read, that’s unrestricted and they can spend that money on anything they desire - is that right?”“Correct, there’s a trillion in unrestricted aid,” Michel said. “In addition to other aid that’s in there for Medicare, Medicaid, unemployment… there’s earmarked money for that, then they throw in an additional trillion dollars on top of that so states can backfill their underfunded pensions, replace declining revenue. What's particularly egregious is that’s four times as much as the actual revenue loss states are projecting. It would balloon state and local spending… It's a backdoor way to expand government at every level.”

“This seems to be a vogue issue right now, the forgiveness of student loans,” Newell said. “There’s no rhyme or reason, they just throw a number out there… the bill outlines a way to forvie up to $10,000 for every borrower. Is it limited to a certain year or what?”

“The initial proposal is yes, if you have $10,000 in debt you will be eligible for forgiveness. This would be paid for by taxpayers, two thirds of whom do not have bachelor degrees, that didn’t take on that debt in the first place, so it’s highly unequal. The last minute revisions did limit the population of people eligible for the forgiveness, put some means-testing on it so only lower-income access could access these benefits, but its still incredibly complicated and really uncertain as to what those contours would look like or how much it would cost.”