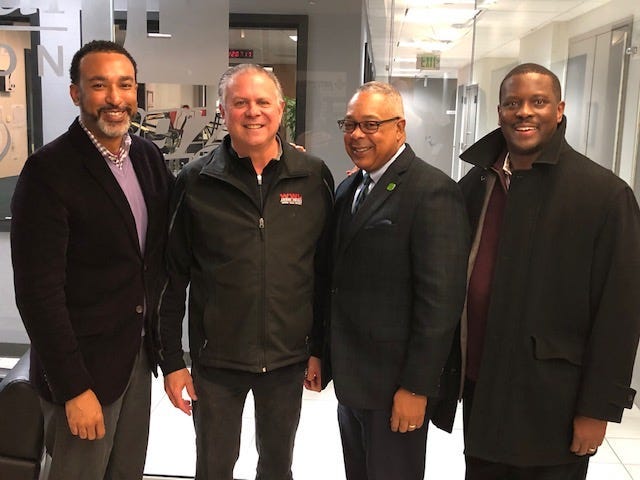 There’s a big move afoot to ramp up business and industry in New Orleans East. What’s the plan to improve the economy in the largest underdeveloped landmass in the region?The New Orleans Business Alliance (NOBA) has announced a new multi-layered growth strategy to promote economic and community development for the 85,000 residents who call the East home. Newell invited NOBA President and CEO Quentin Messer onto the program Tuesday morning to discuss, along with NOBA CFO Norman Barnum and NOBA’s VP of External Affairs and Strategic Neighborhood Development Nolan Marshall.“This is an exciting project,” Newell began. “This entire situation regarding the redevelopment of New Orleans East and what it ultimately will mean... we drive in, and we see some vacant big-box properties, some of whom have been taken down, others that have been redeveloped into new uses... the challenges are many but the excitement and momentum are strong!”“This is a tremendous opportunity to let people know… what happens in the East is really underreported,” Messer replied. “Think about it - the rockets that have taken humankind to the Moon are developed in New Orleans East, at NASA Michoud. People forget that.”The most visible part of NOBA’s efforts residents are likely to notice in the coming months is the purchase of billboard space near the I-10 High Rise bridge. The billboard will highlight a wide range of sectors succeeding in the East, including advanced manufacturing, consumer products, healthcare and retail.“The billboards are the first part of an effort to reframe the conversation about New Orleans East,” Messer continued. “That’s why we titled the campaign ‘New Orleans East means Business.’ It’s not an aspiration, it’s a reality!”