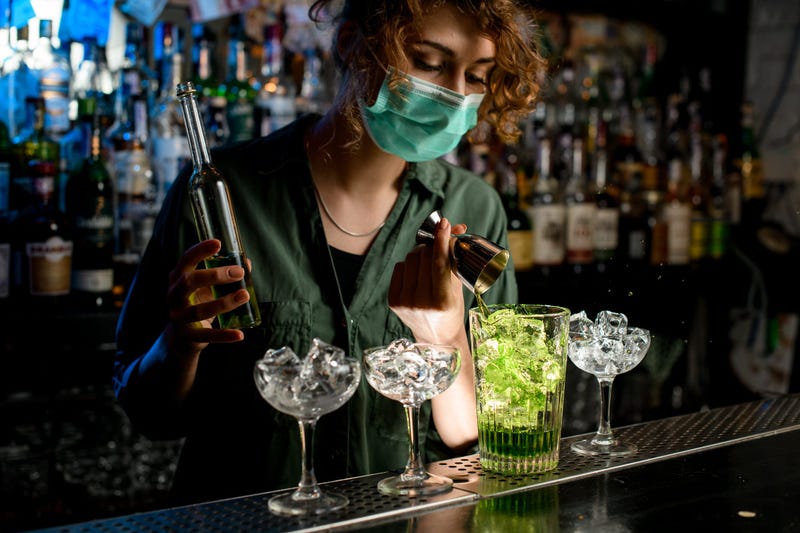 A new report suggested that 700 businesses across Louisiana failed coronavirus restriction inspections, but some officials have countered, saying that doesn’t capture the true essence of what’s happening, and there is overreach in some of that reporting. To get clarifications on the breadth and depth of the problem, Newell invited State Fire Marshall Butch Browning onto the pgraom Wednesday morning.

“Butch, I know your approach has always been to understand the balance of interests in business, and do things appropriately under the state guidelines,” Newell began. “Y’all go and conduct these inspections, and even small businesses like a neighborhood bar can be complicated. What’s the experience been like?”

“Well, first off, we had to approach something that nobody knew anything about,” Browning said. “We have a great reputation of safety first and economic development second. With that said, we approached this with the same paradigm but there was no codebook, no standard, no action plan. We had to develop one and make it fit. We went out in a spirit of goodwill and did courtesy visits, to work with people, find issues around COVID, and bring that to their attention. In a lot of cases, we found ways restaurants could put more tables in because they were interpreting the guidance very conservatively. 95% of our experiences were nothing but positive. Of course, we wrote reports every time, and if the report indicated an employee not wearing a mask, the report also said they remedied that. In the beginning, one media outlet classified all those reports as a citation, which to me means I have to go to court, may go to jail. That’s not what it was - these reports documented our visit and created guidance for how to do better. That’s where the ‘700 citations’ comes from. We did about 8,200 inspections during that time, so less than 10% of businesses had problems.”

“I don’t think people understand the full power and authority that the State Fire Marshall actually has,” Newell continued. “You guys tread softly, assess the complexities of business, and it’s almost like what we do with juveniles - counsel and release them to their parents. That’s what you do with these businesses too, provide counsel about the best way to do things, and then document it. Because if they’re going to be repeat offenders, you have to hold them accountable!”“That’s exactly right,” Browning agreed. “We document our business, put the facts down. Again, less than 10% of our visits documented something contrary to the guidance - none of which was egregious, because then it would have risen to a bigger level. Egregious would be like a business saying ‘we know we’re not supposed to be open, but we’re going to be open anyway and you can’t stop us.’ We never really encountered that. The toolbox we built has helped business understand and comply, and frankly, there’s been people who didn’t get sick and didn’t die because business owners continue to do a phenomenal job of following the guidance.