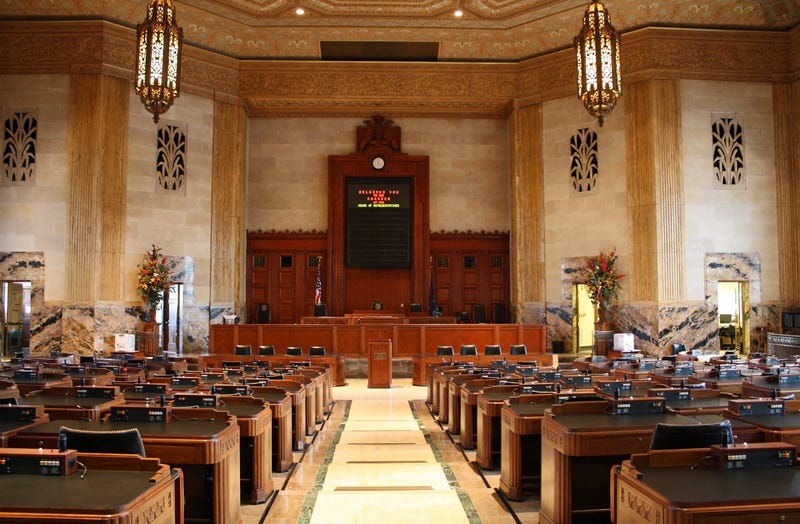 There’s probably no singular industry more important to the greater New Orleans area than hospitality and tourism. To keep abreast of what leaders in that sector are doing to help facilitate recovery from the COVID pandemic, and to help understand the arcane kerfuffle around Walt Leger's removal from the Convention Center board chairmanship, Newell invited Stephen Perry onto the program Wednesday afternoon. Perry is the President and CEO of New Orleans and Company, the metro area’s premier tourism promotion organization.

“The state of Louisiana will enter Phase Two on Friday, with the exception of one area,” Newell began. “New Orleans continues to lag behind - what does that mean to our region and our state?”“The thing that’s perplexing to a lot of people,” Perry said. “In the greatest public emergency, we’ve seen in generations or maybe ever - the Governor is able to preside over 63 parishes but not New Orleans, because of the Home Rule Charter and the way the Emergency Public Powers Act was done. The Mayor can chart a different course. I think that’s a disadvantage to the state. It’s well-chronicled that our industry has had struggles with the Mayor, but this is broader and deals with all businesses. The Mayor has done a great job with the messaging about what we need to do to be safe, but we’re at a point now where we are trying to balance that, and the read that we get that is so confusing is that the Mayor’s actions and Dr. Avegno’s recommendations mean that she doesn’t believe the Governor and State Health Director are not making the correct decision. What I’m hoping will come out of this is that within a week we can move to the next phase here in the city because it’s critical for our businesses.”“I don’t disagree, I think there’s a lot of positive things that the Mayor has done,” Newell said. “But the fact remains, a lot of this is very arbitrary. We hear ‘the data, not a date,’ we hear that this is not just a science but an art. When I talk to leading health care professionals, they tell me we are shooting in a dimly lit room, we are in uncharted territory. I’ve been reluctant to be overly critical of this, but when I listen to that messaging and I see the impact in New Orleans - they’re not aligning. They seem to send a message that if you want to reopen businesses, you’re insensitive, you’re no better than a murderer. That’s really dangerous.”“That isn’t a good approach,” Perry agreed. “I think what we are all trying to do is find the proper path between managing an unfathomable public health crisis in combination with having economic life. It’s got to be a real balance. The thing I'm proud of is that the strategies here in New Orleans have truly flattened the curve, went from being an epicenter to having tremendous progress. We’re trying to explain to customers around the nation, particularly as Florida has opened up,  that we have done a magnificent job, we are testing three times as many citizens as other states that are more re-opened. It brings the art and the science thing into question - it can’t be all about the science, because the State Health Officer would not have moved Louisiana forward.”“I was very disappointed that Walt Leger was not re-upped or was not approved as Chairman of the Convention Center Board,” Newell continued. “I have always had a lot of respect for Walt. I’m a Republican and he’s a Democrat, we’ve had spirited debates but always walked away with mutual respect. He’s got support on both sides of the aisle. I can’t for the life of me understand why Senator Karen Carter Peterson wouldn’t approve his appointment.”“This shocked everyone,” Perry said. “In fact, it so stunned people on the Senate floor that they didn’t quite know what to do, both Walt and Ronnie Jones. The issue with Walt is that this is a massive loss to the people of New Orleans, the Mayor’s office, the City Council, and the tourism industry. It’s a statistical fact that in the last 12 years, Walt Leger passed more positive bills than any member of the Louisiana legislature. He carried all of the city’s major legislation. He was the leading advocate for New Orleans. He also carried legislation for working people and families. He’s probably the most highly-regarded legislator we’ve seen in a decade. It literally threw everyone for a loop. It’s always been a custom in the Senate that a Senator can blackball a gubernatorial appointment when that person lives in their district. It’s normally used for minor things, but a single Senator, in my opinion, should not be allowed to knock a major position like that down, out of public view. It would really be appropriate to have that discussed in public and have a vote taken. It makes no sense.”