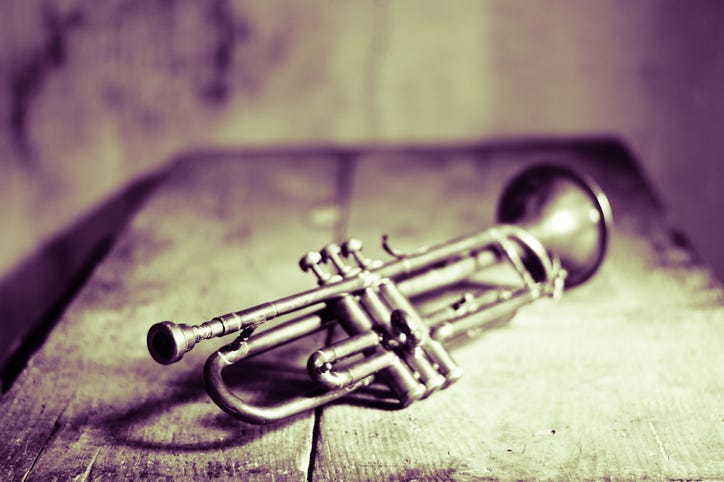 Eugene Grant, a 27 year old musician, who is autistic and has developmental delays, decided to take to the streets of New Orleans with other members of his band to engage in their chosen craft. They head to Faubourg Marigny, a neighborhood that embraces live, local music, as evidenced by the influx of tax paying businesses, where jazz takes center stage. This business model has become so successful that more music clubs and jazz bars have popped up, making The Marigny key in the revitalization of the Frenchmen corridor. Most important to note here…those restaurants, clubs and jazz bars have permits and pay taxes. Their investment will have a long standing imprint not just on the stability of the neighborhood, but the City of New Orleans.

So, Eugene and his band figure they can exploit the atmosphere created by the investor clubs and in doing so play where they want…when they want…how they want…to the dismay of legitimate business owners.

The first detractors to the nomadic style of Eugene and his band ironically were other musicians. While trying to share their harmonic representations or interpretations of jazz, the last thing paid performers want is to compete with another band located right outside on the street.

As more clubs opened and established themselves in The Marigny, the available squatting geography shrank significantly. Gene and his band made no complaints, they just moved on. That is until they decided to take a stand. Eugene and his band decided to stand up for squatters, who have talent and, therefore, have a right to display their talent on public property no matter how disruptive or intrusive their activity may be to business owners…and no matter the cost to fellow musicians.

Their inconsiderate…that’s right, inconsiderate…attitude toward local businesses coupled with the fact that they should not be placed on equal footing with business owners has left little space for them to work on public property for tips. Enter in the protests.

Before we poo poo this proposition there is an interesting return on investment. By continuing to allow folks to set up their business on public property, pay no taxes, possess none of the necessary permits or have insurance…there’s a return on investment many of us may not be considering. The return on investment is so obvious I am ashamed that I missed it. Let me share the moment of enlightenment for me. One band member said, “We’re not committing any crime. We’re not robbing, killing, stealing, jacking. We’re just playing music.”

There it is - so simple…so apparent. If I am not allowed to play my music when I want, how I want and where I want…no matter the disruption to law abiding business owners…then my only choice in life is to resort to a life of crime.

I thought I knew where I stood on this issue. Now I am confused. Now I’m forced to ponder…reconsider. Now I…NO! You know what - law and order MUST prevail. The band needs to move.

Eugene and his bandmates need to do what other musicians do, who are harmed by his band’s street-performances. They need to find legitimate music gigs, where they get paid. They need to perform at businesses where owners have permits and pay taxes…as will they.

The culture of noncompliance in New Orleans has to stop.