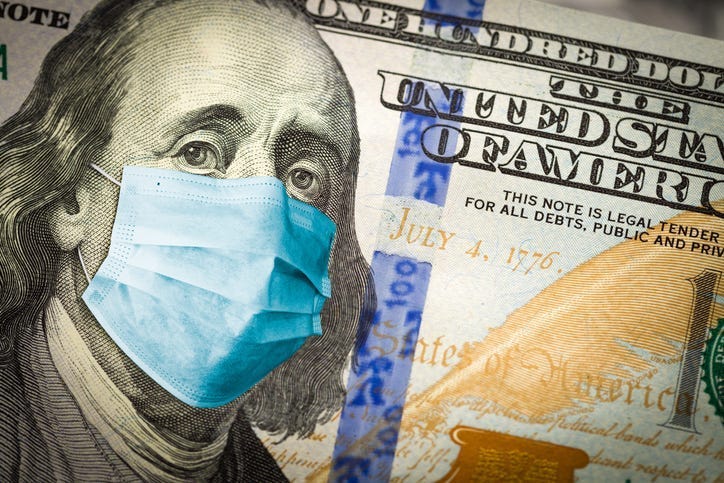 After they chat about Guy Williams’ week off and motorcycle ride around Oregon, Newell puts a little vacation envy in check, then jumps right in, “There’s been a lot of guidance issued by the SBA and the Treasury, what’s the latest in relation to the PPP (Payroll Protection Program).

“Lots of things going on.  The final, final day to apply is August 8th, and we really have seen applications just drop to a trickle.  Most people are already in, and it’s hard to get things done this late in the game.  August 10th is when the forgiveness portal will open, and most of us (banks) have automated that process, so we’re going to be ready to submit people for forgiveness starting August 10th.  Those are the two key PPP deadlines.”

Williams then talks about another post-Covid-19 initiative that hasn’t quite caught on with consumers.  “The Main Street Lending Program is just not kicking off with enough enthusiasm. Nationwide there are only 20 million approved loans so far,” said Williams. (We have a handful at the bank, maybe two hands full of applications for processing.)  “It’s a pretty rigorous program, so I suspect they may change the guidelines on that, because right now it’s just not getting much enthusiasm.  I say 20 million nationwide is just literally a drop in the bucket.”

Williams went on to explain that the Main Street Lending Program is designed by the Federal Reserve.  He suggests that might be one of the challenges, “They’re not used to direct lending; they normally lend just to banks.  The result is they’ve created a program that is designed to be a five-year program.  First year no payments.  Second year interest only.  Then the last three years you have to pay it in full monthly.”

Williams says the parameters for the Main Street Lending Program are pretty straight forward, “The companies that apply have to have been profitable before March.  So you had to have had good income beforehand, and you just had to have had a temporary setback because of the virus.  It’s a fully underwritten program.  The Federal Reserve will buy 95% of the loan, but the bank owns 5%.  There is no forgiveness, so the loan has to be repaid.  If the loan is charged off, the bank loses the 5%; the Federal Reserve loses the other ninety-five,” said Williams.

Guy Williams reiterated that the Main Street Lending Program is fully underwritten, so all the credit standards apply.  He says the hurdle a lot of companies are running into…you have to able to make the 36 monthly payments.  You also can’t use it to refinance debt.  Williams says, “You can use it for operating expenses.  You can use it to make monthly payments on debt, but you can’t refinance existing debt.”

Newell and Guy Williams also discuss the next round of assistance from D.C., including a possible stimulus check of about $1,200 dollars per person.

Guy also floats a fascinating suggestion for Republicans and Democrats regarding their proposed bills of approximately one trillion and three trillion dollars. One would put $11,000 dollars in the pockets of a 4-person family.  The other $34,000.