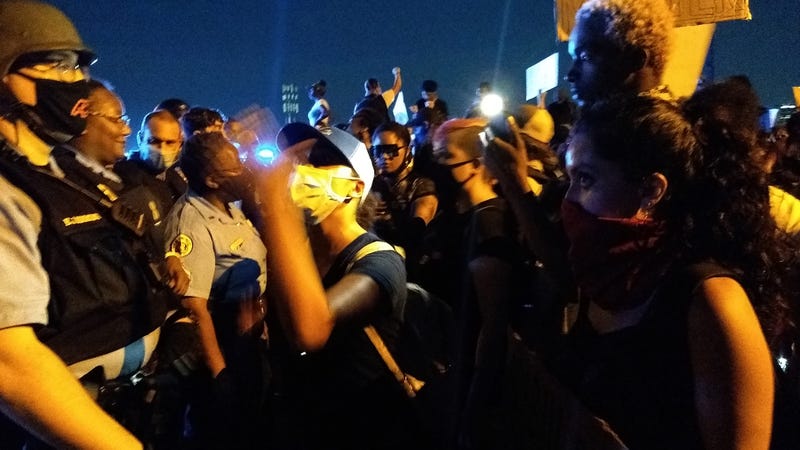 Four police officers shot in St Louis. NYPD officers struck by vehicles, pummeled by looters. A State Trooper run over by an SUV in Buffalo, two officers shot in Las Vegas. The list goes on and on as we continue to witness the rolling mayhem in U.S. cities.

Yesterday I wrote about how the “let them vent” strategy is a failed one. You don’t give up any piece of geography, period. But part of the challenge that law enforcement officers are facing today is that they have innocent protesters putting themselves in the middle of rioters and looters, and they don't recognize the danger they are in, because they think the greater good is served by their being there. Not true. Get out. Withdraw from that scene so that police can identify those who are manipulating you.

Nobody is questioning the cause. I don’t know of any law enforcement leader anywhere who has come out in favor of the tactic that the officer in Minneapolis deployed against George Floyd. But that doesn’t give individuals a free pass to do whatever they want in pursuit of the destruction of people’s property and livelihoods, people that are already suffering because of the pandemic. But now, they have to suffer even further because some people out there want what you have.

That’s what this is all about for some. They want the fruits of your labor, the product of your hard work. I’m speaking now to all of us, every race, every ethnic group - the looters and vandals want what you have. They want to reap the benefits of your hard work and sacrifice. And at the same time, they’re trying to destroy the place we call home.

If you watched the streets of Manhattan last night, you saw a real scene unfold at the Macy’s on 34th Street. Consider the following - officers had to go into that huge, dark store for the first time, one after the other, and search tens of thousands of square feet of shopping space looking for looters. And we saw the perpetrators being paraded out in flex cuffs, as they were able to track them down over a multiple-hour search. What does this have to do with George Floyd?

George’s brother, Terrence Floyd gave a very impassioned and relevant speech, saying this all does nothing to help honor his brother, or improve the landscape to even talk about police reform, healing or any of the issues important to us. But there are those who want to detract, who say that this anger about those with malicious intent is misplaced and we should be talking about George Floyd and less about the riots. That’s to stare the obvious in the face and walk right around it. It doesn’t mean you’re not sensitive to Floyd’s death, it means the America we know and love is being destroyed.

Let us not be distracted by those who would want to put up a smokescreen to guilt trip us for wanting to focus on law and order. Law and order for George Floyd, and for the innocent business owners. Where’s the anger, where’s the passion for those folks?