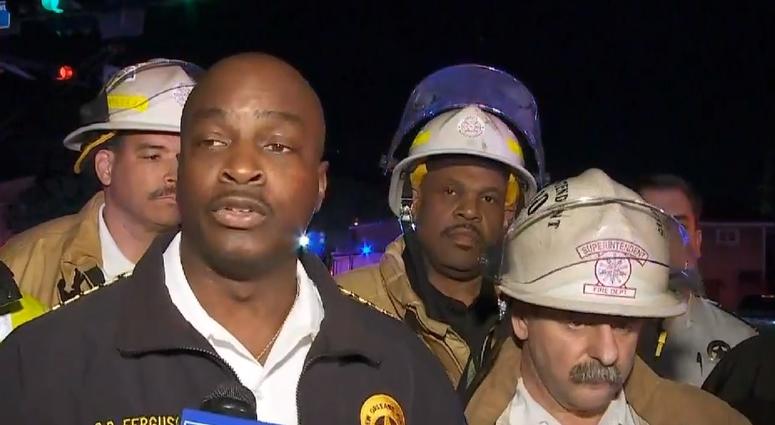 Newell used the last segment of his show today to address the firing of four NOPD officers and the suspension of two for more for their involvement in the deadly Unity-1 crash in Broadmoor that left two dead and another seriously injured. The punishment for the cops came after an internal investigation revealed they had repeatedly violated the NOPD's policy on vehicle pursuits, and even disconnected their dashboard camera to hide evidence of what they had been up to."The officers - I don't hold them responsible for these deaths," Newell began. "Those two kids made the decision to do what they did, and they're responsible. But this is the situation... once the Department has adopted a policy by which they are not going to have high speed chases unless they have some indication that the individuals they are attempting to catch are involved in a violent crime. That is in fact the policy, that is the guideline, and that is the policy by which you have to judge the officers' conduct, plain and simple."Having over 40 years in law enforcement, Newell compared the actions of NOPD top brass to what he would have done if it had been his decision to make about how to dole out remedial action, and how his Department probably wouldn't have a rule that says you can't engage in a car chase without qualifiers in the first place."I like leaving more discretion in the hands of the officers in being able to assess the situation, the circumstances presented - the time of day, the road of travel, any number of things - when they engage the suspects. That was my line of thinking when I was the Sheriff. This Department chose a different path, and I'm not saying  mine's right and theirs is wrong or theirs is right and mine is wrong, but once you're beyond that and you've decided that's the path on which you're going to travel, then you as the leader are compelled to judge their behavior by the guiding lights of that policy."Now that we know what we know about how the officers in question had been conducting themselves in the weeks leading up to the accident, add the turning off of the dash camera, and there really wasn't much left for Chief Ferguson to decide."Sometimes the cover-up is worse than the crime, or at least it certainly complicates matters. So when you're sitting in the comfort of your office and you're called upon to Monday-morning quarterback, you have to take all of these factors into consideration to understand what the most appropriate remedial action is going to be." "I've said often," Newell concluded, "the police aren't in the policing business, they're in the credibility business. And once you choose to compromise your credibility by not giving all of the facts, by misleading, by turning off the dash-cam, by engaging in conduct that calls into question your integrity, you're not going to be of much value to the Department in the future, ever again. Add to that a high-profile case like this? I believe Chief Ferguson didn't really have much of a choice. These officers didn't help themselves, quite frankly, and therein lies the story."