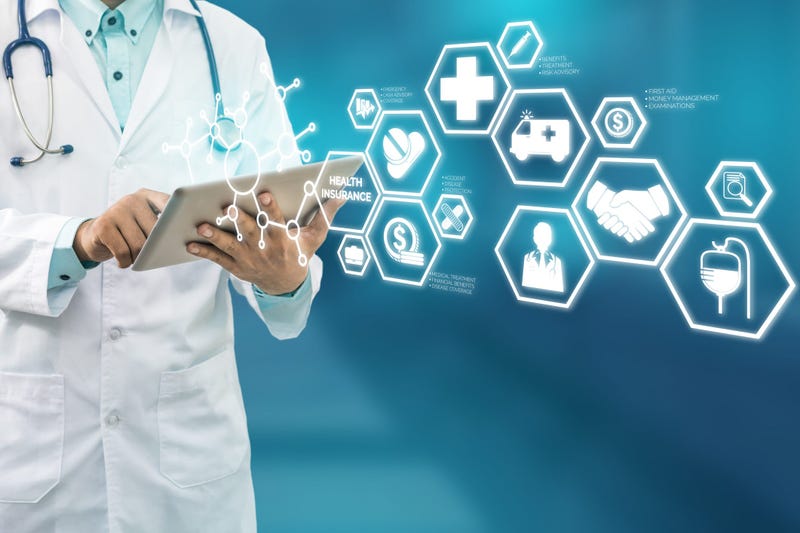 Louisiana’s Assistant State Health Officer Dr. Joe Kanter joined Newell for his recurring weekly segment on Thursday morning to discuss the Bayou State’s progress in slowing the spread of coronavirus and bringing citizens back into the public sphere as we enter Phase One of reopening this weekend.

“We’re beginning to open up the economy, and it seems to me that data collection is more important than ever before,” Newell began. “What are your thoughts about how we are handling that from the state’s perspective, and where do we go from here?”“It’s a risk,” Kanter said. “Nobody has ever said there is zero risk going into Phase One. It’s a balanced risk, and there are a lot of competing interests, and reasonable people understand that. Visibility on what happens is incredibly important. We need to know when trends begin, and if and when to hit pause or adjust course. The three measures we are looking at the most are the number of patients presenting to ERs with COVID-like illnesses, whether or not they get tested for it - the number of diagnosed cases, and the number of patients admitted to hospitals with COVID. Our data collection systems and our new contract tracing systems are much more sophisticated than anything we’ve ever had. We’re going to get better data from that, and we try our best to communicate that as quickly as possible. The Governor is going to be very forthcoming about when trends are noticed. But you’re right, the ability to see and act quickly on any changes is going to be the only way to keep small blips from getting out of control.”“It seems that there are some states, Virginia in particular, who has admitted to reporting both antibody and virus tests in the same data set, and actually said they’re doing that for political reasons,” Newell said. Quoting Virginia Governor Northam’s Chief of Staff from a new report in The Atlantic, “'You can’t win by keeping viral and antibody findings separate in public data,' he said, adding that combining the two tests’ results was the only way to improve Virginia’s position in a list of states ranked by the number of tests they had conducted per capita. 'If another state is including serological tests, and they’re ranked above Virginia, and we are not, and we’re getting criticized for that, [then], hey, you can’t win either way. Now we are including them, and our ranking will be better, and we’re being criticized,' he said."

“Those antibody tests are still so unreliable,” Kanter agreed. “There are still a lot of questions about what they actually signify and how much they’re cross-reacting with other, less serious types of coronavirus out there. We are collecting antibody tests that are being done, but we don’t feel like there’s anything valid enough to put out there. I’ve been following a similar story in Florida, where it seems like Governor DeSantis is reportedly quashing data about deaths. I’ve never felt that the Governor, or the Mayor, or any Parish presidents here have tried to skew data like that. They’re all trying to be as transparent as possible and let the data guide their decisions.”“Why can't we create a protocol or a temple for how we’re going to quantify deaths?” Newell continued. “Why would we not require a COVID test to be done if we’re counting someone as having died from the virus?”

“In a perfect world, we would,” Kanter answered. “It’s certainly getting better now, but as recently as a couple weeks ago the testing availability was really scarce, and there were regions of the state where there simply weren’t enough tests for coronners to be able to do that. Coroners are independently elected, and it's their discretion as to how they want to investigate a death. Some of them are making risk/benefit determinations about whether or not they can send someone out to swab, whether or not they have enough PPE to do that. For that reason, the CDC advised us to allow coroners to put ‘probable COVID’ in cases where it certainly seemed like that but no death was done. Those are now being counted and displayed as ‘confirmed’ and ‘probable’ on the dashboard.”