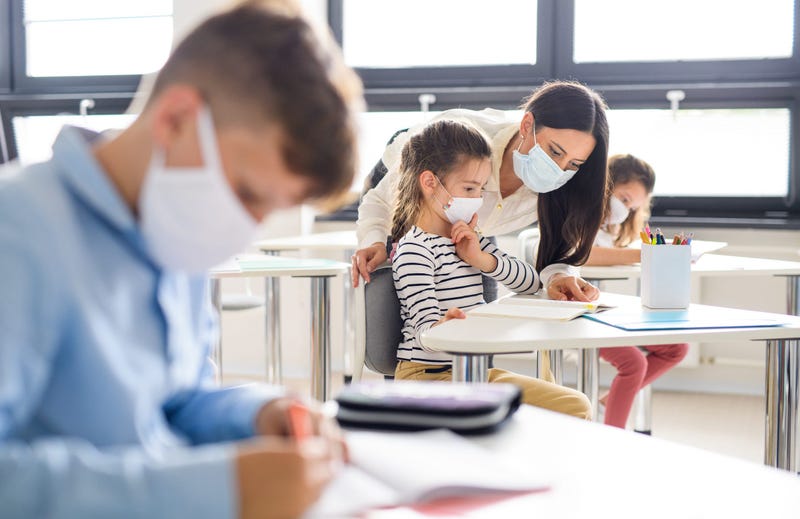 Jefferson Parish students are scheduled to return to classrooms next week, and Jefferson Parish teachers have identified 165 questions about COVID safety they want answered before the bell rings. To help understand the educators’ concerns, Newell invited Kesler Camese-Jones, President of the Jefferson Parish Federation of Teachers, onto the program Friday morning.

“A lot of people watched that School Board meeting the other night, obviously not a pretty one with a lot of angst, anxiety, friction, and a number of unresolved issues,” Newell began. “Where do you all stand at the present time?”“This is unprecedented for everyone, and we understand that - nut teachers have a lot of concerns,” Camese-Jones said. “They miss their students and want to be there for them, but the way they deliver their instructions are different now. A lot of what you saw at that meeting was teachers saying ‘look, you guys said you had a plan, you said these 165 questions would be addressed at the school level, but now, the logistics of that plan are very difficult to implement, if we had any implementation guidelines at all.’ They wanted to say ‘listen to us, we’re here, we’re back, we do have concerns and we want to be ready for our students,’ but as you know, that meeting was abruptly adjourned and they did not have an opportunity to voice those concerns and that upset a lot of people.”“There were four conditions you set out that had to be met before there was any consideration of going back,” Newell continued. “First being a significant decrease in cases statewide and in Jefferson Parish. When you say ‘significant,’ what exactly are you looking for? That’s a vague term.”“We outlined that in the letter we sent, we specified 14 days of no new cases,” Camese-Jones answered. “That mirrors what our national organization has put out. They put out safety reopening guidelines that we want districts to consider nationwide. Our schools are going to become the new community hotspots. We’ve already had some teachers test positive, and we’re the largest school district in the state. We have our employees coming back to school, and we’ve seen what’s happened. We’re now going to bring students into that. Even though many are signed up for virtual, we still will have a lot of students in person, and K-5 will be there every day. They can’t maintain six feet of social distancing in many places.”“I hear what you’re saying, but how is that significant?” Newell asked. “Are we not practicing social distancing, not wearing masks as the staff comes back early before the students arrive?”

“As you know, with anything, some people are compliant and some are not,” came the answer. “What we’re seeing is that a lot of the safety protocols maintained at supermarkets and such can’t happen in classrooms, there’s just not space for it.”

“So some of the teachers showing up early are not adhering to the regulations?”“Some are not, the majority of them are,” Camese-Jones said. “When I went to schools, I saw compliance with temperature checks and people with masks on. I can’t say that all those incidents of people testing positive is due to that, but I know that once students arrive, that social distancing will not be able to be maintained.”