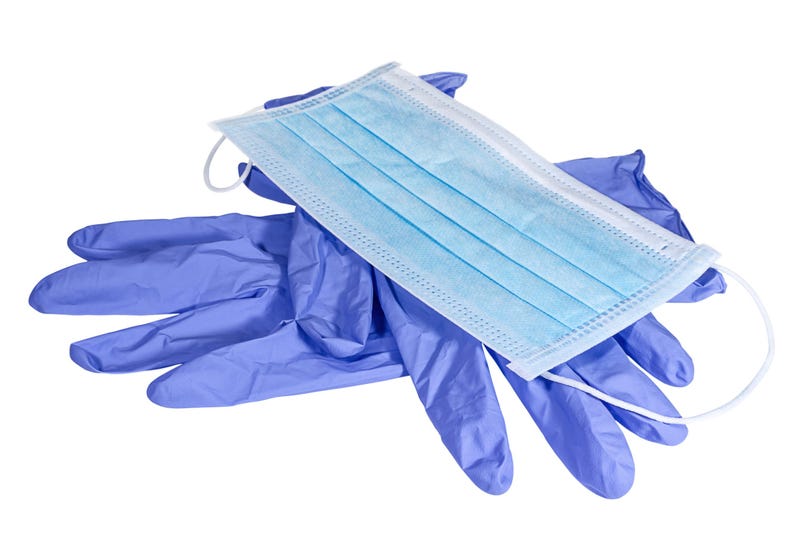 New Orleans’ own Teri Tanenbaum is the woman behind “Help the Helpers,” a true grassroots effort designed to collect personal protective equipment (PPE) for the medical staff on the front lines of the battle against COVID-19. Her effort began on her own personal Instagram and caught fire across regional social media networks - now, a GoFundMe page for “Help the Helpers” has raised over $17,000 to help secure PPE and other supplies for area hospitals and the heroes who work there. Tanenbaum joined Newell on his program Wednesday afternoon to tell her story and spread the word.“You decided to step out and start something that you thought might be OK but it turns out to be much bigger than just OK. Tell us about it!” Newell began.“I live in New Orleans and am married to a physician, with a couple of kids who work in healthcare, a bunch of friends, our neighbors,” Tanenbaum said. “I was checking in with them to see how they were doing at the hospital, and I found out the situation was really dire and that there was this need for PPE. I put a post on my Instagram that I was going to collect any PPE that might be in people’s homes or businesses and ask people how they could be creative and help protect our frontline healthcare workers. Early on, I got a few texts and phone calls with people telling me they wanted to help, so I started reaching out to the healthcare professionals I know locally telling them what I was doing and asking what they needed. They told me they needed everything.” “How surprised were you by that response - that they told you they needed everything?” Newell asked. “That had to seem kind of overwhelming at the time.”

“Honestly, I just got the chills,” came the answer. “Every time I get a text, I’m still in shock. I got one from someone who is the head of the ICU at a local hospital, anything you can do to help! That morning I called someone who worked in a school system, and said is there anything you can donate? Someone said they had 55-gallon drums of hand sanitizer. I texted them back and asked if they could donate it, and they said yes of course. I’m shocked. People need hand sanitizer for every station, another doctor asked for electric thermometers and we were able to order and deliver 60 of those. Today we have more hand sanitizer coming into my house, plastic face shields, gowns…”

“You’re kind of like the modern-day Radar O’Reilly on M*A*S*H! Radar was able to go out and procure everything everyone ever wanted!” Newell laughed. “I’m almost speechless when we think about how you started out and now you’re negotiating where all these supplies are going… I can’t believe it!”“It is that goofy!” Tanenbaum agreed. “I’m just an old lady sitting in bed with her hair on top of her head. I’m not a CEO or anything, I’m just trying to help! My husband is still going to work and talking about this a lot. I feel the urgency.”“Well, you are certainly the bright light of my day,” Newell finished. “We hear so much about the negative stuff, the negative outcomes. It’s always so good to hear a story about someone who gives a damn and wants to make a difference. As simplistic as you try to make it sound, it’s not. I can tell you’re very humble, but we really appreciate what you’re doing and I know the folks on the frontline do as well.”Check out “Help the Helpers” on Facebook and make a donation on their GoFundMe.