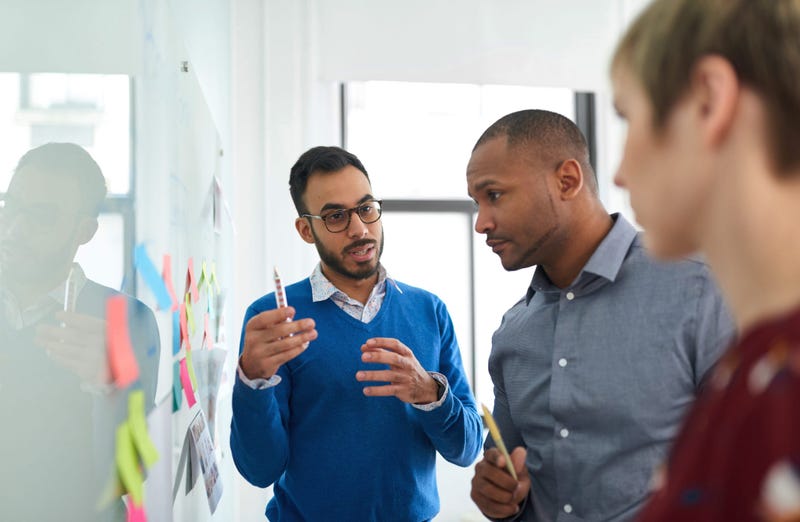 Phase One has finally arrived everywhere in Louisiana with the exception of Orleans Parish, and it brings with it not only feelings of relief for locked-in citizens and business owners but also trepidation, as many, many questions remain unanswered about when and if we enter Phase Two, and the long-term struggles that business and industry faces as a new day in the era of coronavirus begins. Newell invited GNO Inc President and CEO Michael Hecht onto the program Friday morning for a wide-ranging conversation about what our economy might look like for the foreseeable future.

“Obviously, the economy is at the forefront of a lot of people’s minds,” Newell began. “Folks are forecasting that JC Penney is going to file for bankruptcy today, while Macy’s, Neimann Marcus and others have already gone that way. It seems like the list is growing daily!”

“Yes, the crisis has accelerated trends that were already at play,” Hecht said. “Those big-box stores were already in a lot of trouble. We’re going to be adjusting to the new normal that was already coming, but it’s been compressed from perhaps ten years into one. In retail specifically, we have been on this trend of physical stores really becoming fulfillment centers where consumers go to pick up their items while the browsing is happening online. But what that means for our region is that this is actually an opportunity. Logistics is going to become that much more important, and places that have excellent logistics systems like Wal-Mart and Amazon are going to do great. Thinking about the river specifically, we can start doing more value-add to produce and creating pre-made salads and meals using our cold storage facilities… There's a lot of turmoil and a lot of change, but hopefully it’s creative destruction and we can create something new out of it.”“I continue to be mystified by how fragmented the country is in our approach as it relates to the manner and timing of the re-opening,” Newell continued. “Los Angeles announced yesterday that they may never return to normal until there is a vaccine, and they’re talking about shutting down until August. How are we going to be able to meander through these challenges without a national policy?”“One of the things I am tortured with every night is how effective the re-opening has been in Denmark, where they just opened schools three weeks ago,” Hecht said. “Of course, Denmark is a country of 5 million people and we don’t have that here, and in a crisis situation that lack of easy command and control is a challenge and a liability. I’m proud of what we have done in Louisiana, where we’ve been ahead of the country in flattening the curve. The Governor has been very smart in aligning with the CDC and the President as much as possible. The Parishes have followed the Governor, who is following the President. This is not that different than flood control - if we don't operate as a coherent system, then the weakest link is going to bring it all down.”