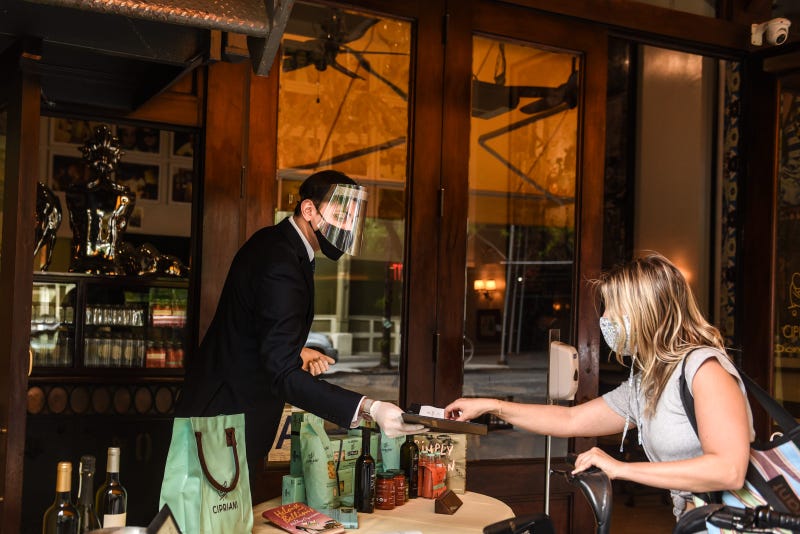 As the COVID pandemic continues to challenge Louisiana, America, and the world, we continue to try to get to a vaccine, but factors in this historic fight keep changing daily. To help understand where things stand, Newell invited LSU Health Care Services CEO Dr. Rebekah Gee onto the program Tuesday afternoon.

“The Governor announces the other day that we’re going into Phase Three across the state, but New Orleans decides to stay in a more restrictive state, in a modified Phase Two,” Newell began. “What does that mean for each and every one of us?”“How Phase Three works is that restaurants, businesses, and churches can operate at 75% of capacity, and alcohol sales at all venues will end at 10 pm,” Gee said. “Bars can only start serving again if we show a positivity rate of 5% or less for two consecutive weeks, and that’s for Orleans, St. John the Baptist, Jefferson Davis, Plaquemines and Bienville parishes, and even then can only operate at 25% capacity. It means sports events will be limited to 25% of capacity with social distancing required and no alcohol. Indoor gatherings can operate at 50%, but no live music, and 75% capacity for salons, spas, and gyms. Phase Three just means there’s a little bit of loosening, but it is not business as usual. New Orleans is staying in that modified Phase Two, which I support… a group of us who represent all kinds of areas, Oschner, LCMC, LSU, Tulane, Xavier, and so on, and we’re following along with the Mayor and looking at how decisions are being made. Right now the focus is on schools, which is proper. We have to know that when we open schools, the infection rates will go up, that’s the bottom line. Kids congregating will make COVID numbers go up, so the question is what are we willing to give up for that to happen? It’s a really intricate play of this kind of up-and-down movement and what we are willing to sacrifice until we get a vaccine.”

“The one thing I simply cannot get my head around is that when one parish isolates itself in a different phase than the surrounding area, it's almost as if it’s an island,” Newell said. “But the vast majority of students in parochial and private schools in New Orleans dont’ live in the city, and when we think about the crossing that goes on from an economic standpoint, the daily in-migration is really significant. How can we differentiate that in the city as opposed to the surrounding areas?”

“It’s hard,” Gee admitted. “My Dad is President of West Virginia University in Morgantown, which is, frankly, a small town that nobody wants to go to unless there’s a football game. It’s a lot easier for us to be able to find people who are infected and quarantine them, but even there, they had to shut down the school because COVID was out of control there. So even in a relatively controlled environment, when you have kids congregating, it’s going to be very difficult, that's the bottom line. We all have to have patience. Even though we’ve moved to Phase Three, colleges are reopening. We’re talking about tens of thousands of students throughout the state… we do have to anticipate that rates will go up. But you make a great point, it’s not like we have Saran Wrap around New Orleans. But anything we can do to reduce the risk will reduce the rate.”