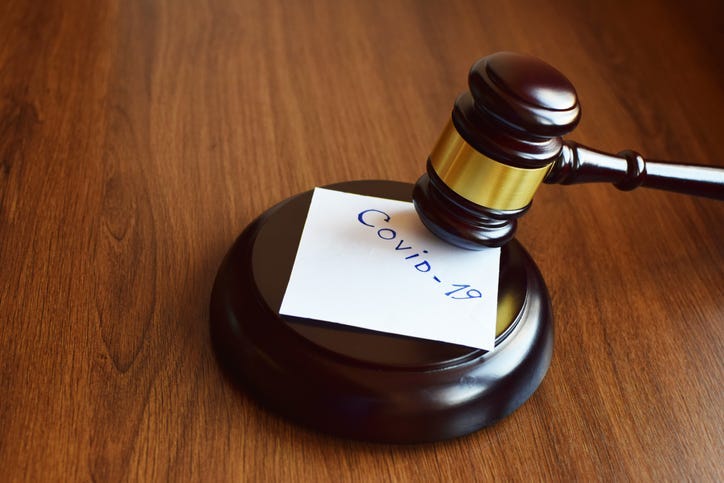 In the wake of a huge gathering at a mansion in an exclusive L.A. neighborhood - Mayor Eric Garcetti has announced that anyone violating the city’s rules on parties and gatherings could have their electricity and water shut off by the Los Angeles Department of Water and Power.

The action of a city shutting off power and water to a house is a drastic measure - but is it too drastic?

Bars in New Orleans and a few around the state of Louisiana have been fined for violating the mandates of Governor John Bel Edwards. Some bars continued to allow gross violations of the mask and crowd restriction mandates, and taking away a permit and shutting down a business was the only action that stopped the flagrant violators.

Resistance Los Angeles's move will be based on the idea that the punishment is too severe. But is it?

Instead of complaining about a consequence being too severe - let’s support a consequence severe enough to change the behavior of stubborn individuals that feel the need to flaunt their false sense of freedom.

In the mid-90s there was outrage in America over the conviction and sentencing of an 18-year-old American citizen - Michael Fay - in Singapore. Fay was convicted of violating Singapore’s anti-vandalism laws when he was caught spray painting graffiti in the city. The young American citizen was sentenced to a public caning - which drew outrage from Americans who argued that the punishment was too severe for the crime committed. That outrage was based on the idea that, in America, we would never administer that form of punishment for committing acts of vandalism. Michael Fay was hit with a cane six times as his sentence was carried out.

On my radio talk show - I took the position that while we might not have that punishment in America - but because of the severe punishment in Singapore there was probably greater reluctance to commit the crime.