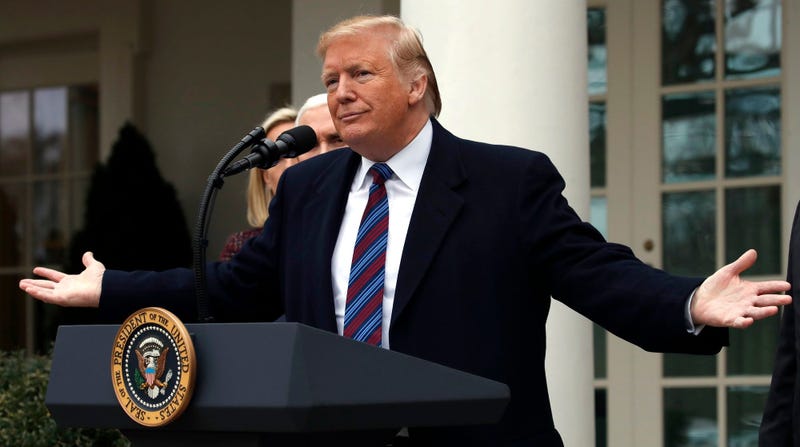 It is imperative that the definitions of “lie” and “terrorist” are clearly understood.  According to Dictionary.com a lie is defined as “a false statement made with deliberate intent to deceive; an intentional untruth; a falsehood.”  The U.S. Code of Federal Regulations defines terrorist as “the unlawful use of force and violence against persons or property to intimidate or coerce a government, the civilian population, or any other segment thereof, in furtherance of political, religious or social objectives.”

On Fox News Sunday, White House Press Secretary Sarah Huckabee Sanders continued to promote the lie by equating a physical wall along the border as the key to keeping terrorists out of our country.  Fox News host Chris Wallace challenged Sanders’ information that facts from Trump’s own State Department show zero number of terrorists being arrest by border patrol.  Wallace further pointed out that State Department reports show “no credible evidence of any terrorist coming across the border with Mexico.”  Sanders responded to the Fox News host by saying, “We know that roughly 4,000 known or suspected terrorists come into our country illegally, and we know that our most vulnerable point of entry is at our southern border.”  Both comments heard together are deceptive.  What the White House press secretary said was the roughly 4,000 known or suspected terrorists come into America illegally, but she did not actually say they entered through the border with Mexico.  Those were two distinct comments made together for the purpose of painting the picture that about 4,000 terrorists or suspected terrorists are coming across the border, which is factually not true.
Chris Wallace jumped on the opportunity to set the record straight by fact-checking Sanders with “I know the statistic.  I didn’t know if you were going to use it, but I studied up on this.  Do you know where those 4,000 people com or where they’re captured?  Airports.”
Sanders was unable to successfully rebut what the facts that Wallace presented and Wallace went onto say, “The state department says there hasn’t been any terrorists found coming across the southern border with Mexico.”
Also challenged was the misleading information from Secretary of Homeland Security Kirstjen Nielsen that “over 3,000 special interest aliens” have attempted to enter America through Mexico.  Wallace explained that “special interest aliens are just people who have come from countries that have ever produced a terrorist” and pointed out that does not make them terrorists.
The opinion poll on my talk radio show asked the question:  Do you believe that terrorists are coming across the southern border with Mexico?  The key word in the question is believe.  The end results of the poll, which is a poll of those who choose to respond on our website, showed over 60% said they believed terrorists are coming across the border with Mexico, even though there is no evidence to support their belief and actual evidence that it is a false claim.

Political debate in America has become toxic because of a fundamental failure to accept facts.  We can always disagree with an opinion on any issue; but if we, as a country, fail to accepts facts, then then can be no meaningful debate.

Today, “confirmation bias” supersedes facts.  People believe whatever confirms what they hope to be true, rather than what is actually true.

Following a cascade of retorts to the falsehood that terrorists are coming across our border with Mexico, President Trump ranted against the media calling it the “enemy of the people” and a group of “crazed lunatics.”  Those comments coming on the eve of President Trump’s scheduled address to the nation on the wall and the government shutdown.

People who refuse to buy into the fear factor so often used as a weapon by this administration are said to be for open borders.  That has been a successful smear campaign, but it is not true.  There are many things that can be done to better secure our border with Mexico and the idea of a physical wall offers no guarantees that our border will not continue to allow illegal immigrants to enter America.

As the messenger of information that contradicts President Trump’s attempt to instill fear in the populace, the media is being unfairly attacked and called “fake.”

Let’s set the record straight:  the truth is not fake.