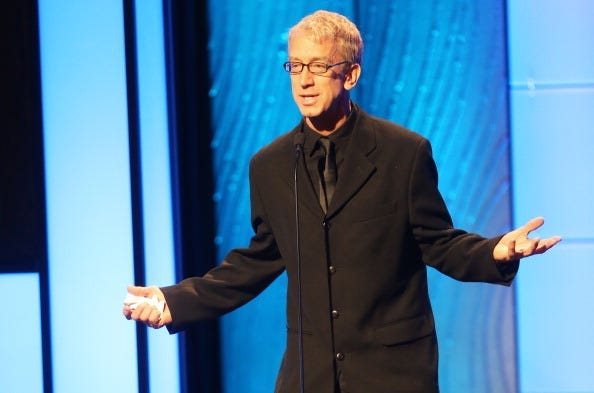 Comedian/actor Andy Dick was standing outside of a nightclub in the French Quarter of New Orleans after a performance; and an unprovoked individual weaved past others and sucker-punched Dick, who hit the ground and was unconscious for about 20 minutes. Dick was rushed to a local hospital and was treated for head injuries.  He was released after two days.

Andy Dick was not alone as he stood outside of the nightclub waiting for his ride. There were numerous people standing on the sidewalk near him. The surveillance video clearly shows that a white male weaved passed other individuals in what appeared to be a targeted sucker-punch on Dick.

Why would someone go out of their way to punch the comedian? Andy Dick has been accused of groping and kissing women on a street in L.A., but I am not aware of anything so controversial about the comedian/actor that would motivate an individual to target him for a sucker-punch.

The stereotype of the individuals that have been seen walking up to unsuspecting individuals and hit them with a cold-cocked punch is a black male. The suspect in the sucker-punch on Andy Dick is a 46-year-old white male. What could have been his motive?

The practice of sucker-punching unsuspecting individuals walking down a public street may suggest a desire to physically vent anger and frustration with life and society, but what is puzzling about Andy Dick being cold-cocked is that the suspect appeared to go out of his way to target Dick.

There is often criticism of celebrities for having bodyguards or security. The sucker-punch of Andy Dick explains why this is often necessary.

And isn’t that sad.