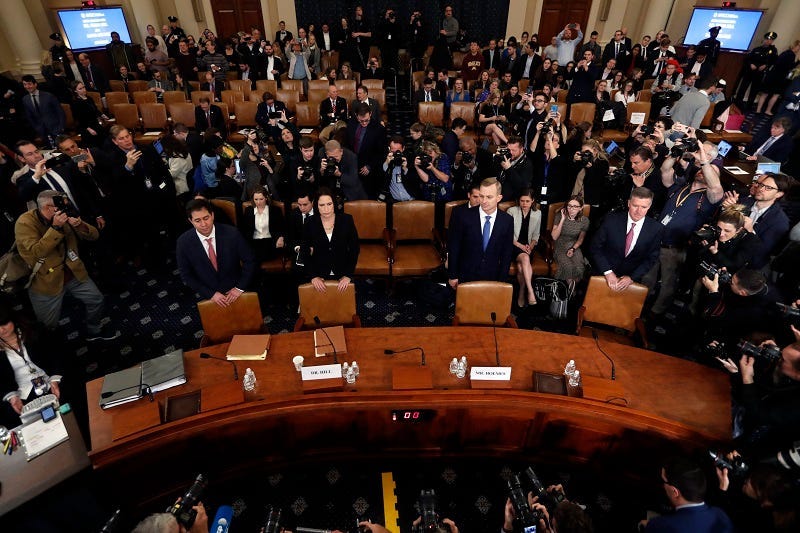 With each word of testimony in the impeachment hearings, there is a deepening of the great political divide in America.

This morning, I changed my pattern of switching back and forth between the three major cable news networks, and I focused only on The Fox News Channel. As I stayed on Fox News, I had an enlightening moment – I realized that the great political divide in America is understandable.

Confirmation bias – the process of seeking the information that supports your bias rather than seeking the truth – is encouraged by the news media’s desire to attract the largest possible audience.  People instinctively select the media that supports what they already believe and tend to ignore the media outlets with contrasting views. This is the product of human nature.

As I watched The Fox News Channel with an open mind, I realized that there is testimony during the impeachment hearings, that when interpreted by a right-leaning network, seems credible to like-minded viewers. The same is true with talk radio.

While many Americans are convinced that President Trump misused the office of the presidency for personal political gain, others have found interpretations of testimony that supports that there is nothing conclusive the President did anything wrong.

Yesterday on my talk show, I said that I was hopeful that the partisan divide over the impeachment hearings might lead the two sides together to result in America becoming more united. I no longer believe that.

If an individual watched Fox News, CNN or MSNBC with an open mind – or listened to talk radio with an open mind – it would be easy to understand why so many people are convinced President Trump is either guilty or not guilty. And when I say open mind – I mean consuming the media without any preconceived notions and assuming that what you see and hear is from a credible source.

For their viewers of cable news networks and for the listeners of opinion-driven talk radio hosts – information presented appears credible. It is easier to find and believe the media that reflects your preconceived ideas than it is to challenge yourself to suspend your beliefs and approach all media with skepticism. Our lives are complicated and ever-changing – so the idea of finding media that supports what you believe is more comfortable than the challenge of seeking out the real truth.

After spending time watching The Fox News Channel and not switching from one network to another – I understood that the media feeds the audience that is there. There are opposing views on Fox News and CNN, but the slant to the right or the left dominates. The opinionated hosts on TV and the radio probably believe what they are saying – but the ultimate goal is to attract and feed an audience because the bottom line is ratings and revenue.

The great political divide in America will not end. The only option is to accept the divide with the knowledge that you may not be exposing yourself to the truth. And today – we have all learned that the truth is relative to our beliefs.

I have talked about how the truth is a casualty in political warfare, but the truth is also a casualty of the media’s mission of attracting an audience for the purpose of generating revenue. As long as that is our reality – we should recognize that a lie is often more entertaining that the truth!