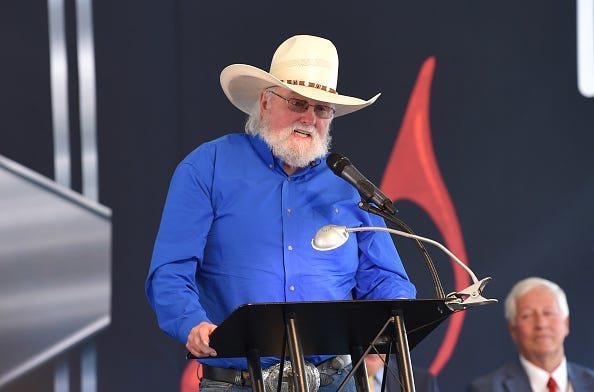 Charlie Daniels wrote an op-ed for CNS – the Conservative News Service – in which he bashed Robert Mueller for his performance during his testimony, saying that he expected Mueller to show confidence and live up to the Democrats promoting him as a "paragon of virtue, irreproachable hero of justice who would at last provide the path to impeachment they so desperately sought."

Instead, Daniels writes, "What they, and the rest of the nation, got was an unprepared, out of sync, obviously ill at ease lawyer who seemed burnt out on the whole process, dependent on an assistant and seemingly unfamiliar with what he had ‘written,’ literally to the point that it makes one wonder how much he actually had to do with the document and how much hands-on involvement he had in the operation."

Anyone with a reasonable sense of politics would not allow their political leanings to shroud the truth in what Charlie Daniels writes.

It is no secret that Charlie Daniels is politically conservative; and his criticism of Mueller, the Democrats and the effort to impeach President Trump is predictable.  That said, what the country music icon writes is an accurate assessment of the Mueller testimony.

Some of the information that was revealed during Mueller’s testimony before two House committees was very disturbing and should be condemned by Democrats and Republicans. If a Democrat had attempted to do what President Trump apparently attempted to do, conservatives would be going ballistic. We should all demand honesty and integrity from everyone with no regard for political ideology, but we have learned that recognizing honesty and integrity is filtered through one’s political ideology.

Whether you are a Democrat, Republican, Independent or other – Charlie Daniels shows a writing skill that reaches well beyond the lyrics for "The Devil Went Down To Georgia."  His assessment of the political circus in America is a precise description of who we have become as a nation.

Both parties are equally guilty of contributing to the great divide in America with little, or no, regard for what is in the best interest of the American people.

Charlie Daniels wrote: "If America is ever given a national enema, the nozzle should be inserted in D.C."  Who can disagree?