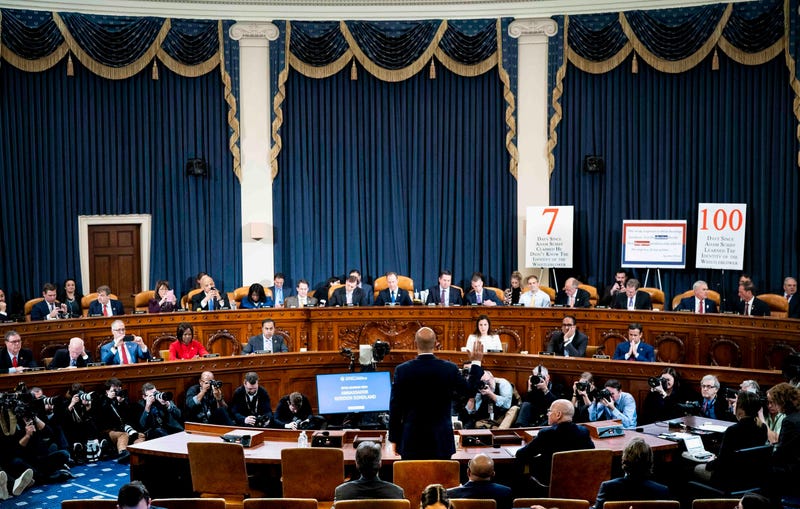 To say that today’s testimony in the impeachment inquiry of President Trump is damaging President Trump and the Republicans’ insistence that the hearings are nothing more than a “witch hunt” would be a gross understatement. Even the most loyal Trump supporters are challenged with processing damaging, but credible testimony from credible witnesses.

The Republicans on the Intelligence Committee have presented rebuttals and have disputed the testimony, but it is impossible to ignore the growing shift from “POTUS didn’t do it” to “Well, he did, but it’s not an impeachable offense.”

During these tense political times when America is defined by political tribalism, both Republicans and Democrats will find the evidence they need to declare that their side is winning; but in the case of the impeachment hearings – no one is winning.

As I have pointed out form the beginning of the impeachment inquiry, the truth is a casualty in political warfare. What matters to both sides is winning and showing that the other side is either on a crusade to unseat President Trump or part of a disparate attempt to defend the indefensible.

If there had been a question of President Obama withholding approved aid to a foreign ally pending the ally’s cooperation in an investigation into the wrongdoing of the President’s chief political opponent, literally every Republican defending President Trump would support impeachment of President Obama.

As difficult as it is to sift through the daily hypocrisy, we, the American people, must be open to the truth – and not a false truth that supports one side or the other.

To further complicate matters for the Trump White House, Vice President Mike Pence has now been implicated in the alleged quid pro quo deal between President Trump and President Zelensky of Ukraine. That has led to social media chatter about #PresidentPelosi.

Today, before leaving for an event in Texas, President Trump did not take any questions from reporters, which breaks his pattern, and appeared to read from notes that Ambassador Sondland has cleared him. That causes many to wonder exactly what hearings President Trump is watching.

As the political divide in America had deepened, many have pondered when and how this will end and America will unite. These impeachment hearings into President Trump could be the tipping point where reality defeats denial.

To dismiss the testimony over the past two days as biased-driven hearsay designed to take down a president is naïve. This is serious business and it is not about unseating a president strictly for political reasons. This is about investigating and defining blatant wrongdoing on the part of the man who occupies the position of President of the United States.

It is doubtful that President Trump will be physically removed from office, but impeachment is a real possibility. How Republicans deal with their defense of President Trump in the context of the sentiment across America should have a serious impact on who wins the presidential election in 2020.

This political moment is not revenge for Hillary Clinton losing the election as many would have you believe. The impeachment hearings are about holding even the President of the United States accountable for abusing power.

If President Trump is exonerated – Americans should accept that; and that would actually benefit the Republicans in the 2020 election. But if President Trump is proven to have abused the power America voted for him to have – then appropriate punishment should follow.