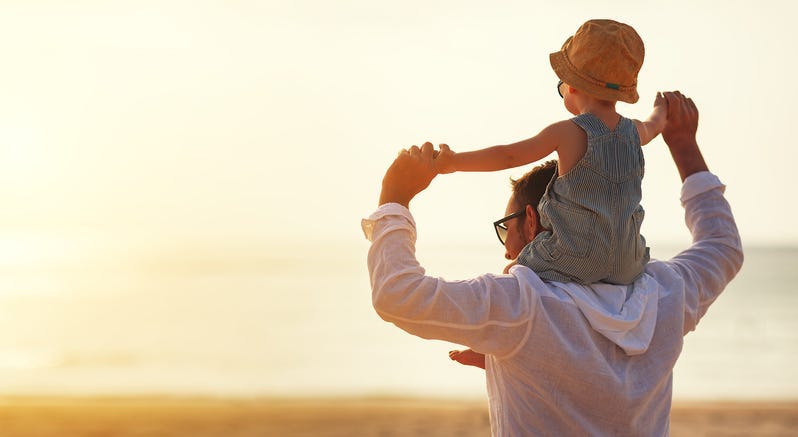 Men and women are different – but the progress women have made towards equality at home and in the workplace may also have shed a new light on the role of fathers in our society. There are those who will argue that men are becoming “sissies,” but I disagree and see the quest for total gender equality enhancing the emotional and nurturing side of men.

It was announced this week that Pampers will install 5,000 diaper changing stations in men’s rooms across the country over the next two years. This directly reflects the reality that more men are now alone with their babies and very young children and need a place to change their baby’s diapers. Years ago, the idea of changing stations in men’s rooms seemed unnecessary and ridiculous. Today, it is a growing necessity.

With each new generation of fathers – there seems to be a stronger desire to bond with babies, and this is a good thing. Generations ago, fathers were placed in the background of a baby’s life. Fathers only became more active when the child grew older.

The idea of my father being in the room when my mom gave birth to me was absurd. In many cases, mothers went to the hospitals without the father, and the father was called once the baby was born. I could not imagine not being in the room the moment my son, Sean, was born; and Sean was in the room with his wife, Lauren, when his daughter, Margot, was born a year and a half ago.

My dad was my hero in many ways and was a very good and loving dad, but he was not as involved as I was with my son.  And my son is much more involved with his daughter than I was with him. My career took me to cities around the country, and I missed being with my son every day. When he turned 18 and we were free to make the decision, he moved to live with me and finish high school in Portland, OR. That was a great moment for both of us. Ironically, my career led me back to New Orleans; and he is still in Portland with a beautiful wife and daughter. There are many fathers that live apart from their children and grandchildren, and I understand the struggles that presents.

There are a couple of things I learned from my dad that I hope I have passed onto my son. My dad taught me to work hard and don’t expect something for nothing. He taught me to never give up; and if you fall short of a goal, you keep going until you reach that goal. When we played pitch and catch with the football or baseball, my dad would make me catch 10-in-a-row before we could go inside. If I got to 8 and dropped the ball we started over at one. This simple lesson taught me focus on a goal and to deal with the pressure of getting close to reaching a goal and remembering that the 9th catch is really as easy as the 1st catch. My dad also taught me to do a good job even if no one was watching.

It was my goal to pass those things onto Sean. One of the important things I think I taught my son was that no one should ever cause you to change who you are or lose faith in yourself. What people say to you and about you has no bearing on who you are.

My son when to a school with a lot of preppie kids at a time when grunge music and fashion defined many teenagers – including Sean. I was proud of his independence and reinforced that was a good thing and that it doesn’t matter if people criticize the way you dress or anything about you. The only thing that matters is that you have the courage to follow the voice inside that is telling you who you really are.

Sometimes parents teach their children how not to be. Maybe the fact that I failed at relationships inspired him to better understand what it takes to make a relationship work.

I started to write about Father’s Day and had no intent on talking so personally about my dad or my son, but my thoughts naturally went in that direction.

If you are a parent, hopefully you see your children doing a better job at parenting than you did. Of course, I want to be a great father, but I get more pleasure out of seeing my son be a better father.

It is a positive development that the role of fathers seems to be gaining more respect in our society. This process is the continuation of the evolution of man from a time when men left the cave to hunt and women stayed home and tended to the cooking and the children.

Looking back on my parents’ generation and thinking about how I was and how my son is today – the role of the father is now more equal to the role of the mother, and that is the manifestation of the fight for gender equality.

We have always known how important mothers were – now we are learning more about the importance of fathers.