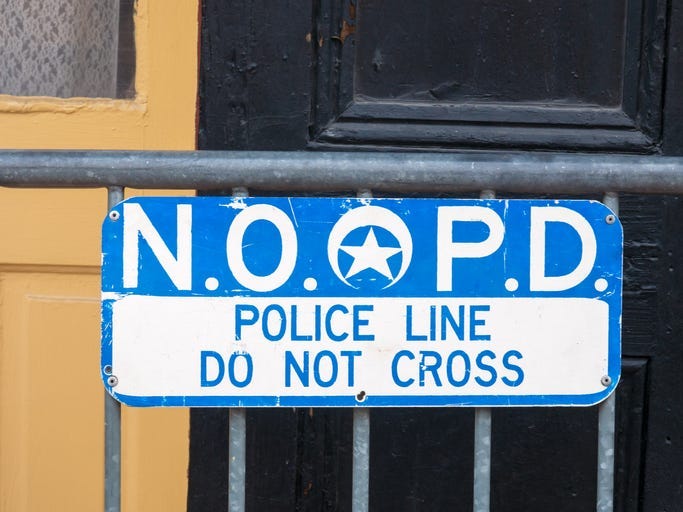 The officers of the New Orleans Police Department have become more vigilant in their patrols of the French Quarter.

A few months ago, I reluctantly mentioned on my talk show that, as a frequent visitor to the French Quarter, I noticed a pattern of many NOPD officers standing at the barricades at each intersection talking to females with expressions and body language that would suggest flirting. It seemed that with the focus of many of the NOPD officers on admiring females, the officers were less likely to be aware at the onset of trouble.

As a strong supporter of law enforcement and with a tendency to compliment the job of the NOPD, especially in the face of blanket criticism, I hoped my comments about what appeared to be some officers, who were distracted, would not be misinterpreted.  It was with hesitation that I broached the topic.

Over the past couple of months I have noticed and talked about what I saw as a definite change in the focus of NOPD officers on Bourbon Street.  Last night, I was on Bourbon Street as I walked home from a play.  NOPD officers were walking in pairs, and those who were standing were not talking to females – they appeared vigilant.

Signs that the city of New Orleans is ramping up for the crowds in town this weekend before the College Football Playoff National Championship Game between LSU and Clemson are everywhere.  There was extra lighting, and barricades that will block through traffic on side streets crossing Bourbon Street were in place.  This is the typical protocol for a big-event weekend to ensure crowd safety.

Mention of this is not an attempt by me to take credit for bringing about change after talking about it on my show – but I did think it was important to credit NOPD with what appears to be a slight change in the way its officers patrol the French Quarter.