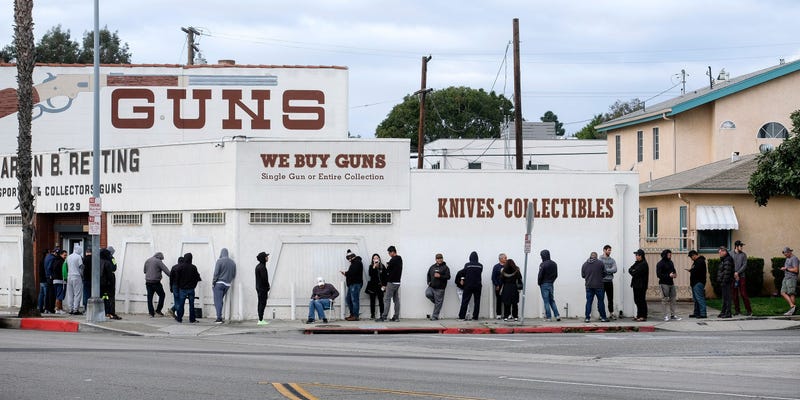 Reports are showing that gun and ammunition sales are skyrocketing both nationally and locally. The current coronavirus crisis is inspiring many Americans to suddenly feel the need to be armed.

Fears that have motivated many to go out and buy a gun or stock up on ammo range from concern over looters to the government ordering martial law.

Martial law is the military taking over civilian matters in response to an emergency. When these rare moments present themselves, there is always a run on guns and ammo. Some may have thought about buying a gun, but it was the new fear of civil unrest or martial law that pushes them to take action.

There have been fake news stories circulating on social media that have led people to call my radio talk show to ask my opinion of New Orleans Mayor LaToya Cantrell’s ban on buying guns in New Orleans. I know of no such ban and have been happy to point out that a degree of hysteria is setting in. One text to my show said that the information came from the NRA. I don’t know that to be true, but adding the NRA to the story adds credibility for many Americans.

The sudden need to buy a gun and ammo is common in the aftermath of tragedies or disasters. When there is a mass shooting - word circulates that in response to the shooting the government is going to ban guns and the sale of ammunition. With all the mass shootings we have witnessed - that has never been the result.

A woman on the news said she was buying a gun during the coronavirus crisis because she was concerned about looters. There are strict rules about the use of guns and depending on the circumstances - shooting a looter could end up with you being charged with a crime.

For those who are buying guns to protect themselves in the event martial law is imposed - the idea of standing up to the government with the gun you buy is completely unrealistic. With the weapons the military or law enforcement possesses - will you be able to hold off the government?

I am a strong supporter of the Second Amendment - buy a gun if you feel like you need protection - but I don’t see that the coronavirus crisis poses a greater threat that exists daily in our society.

What I find scary is that an event motivates many to buy a gun without a true understanding of how and when to use a gun. We don’t need a fresh group of gun-owners who are ill-prepared to use a gun.  If you feel like you need a gun - then go buy a gun. But do yourself and society a favor and be aware of the mechanical and legal aspects of owning a gun.