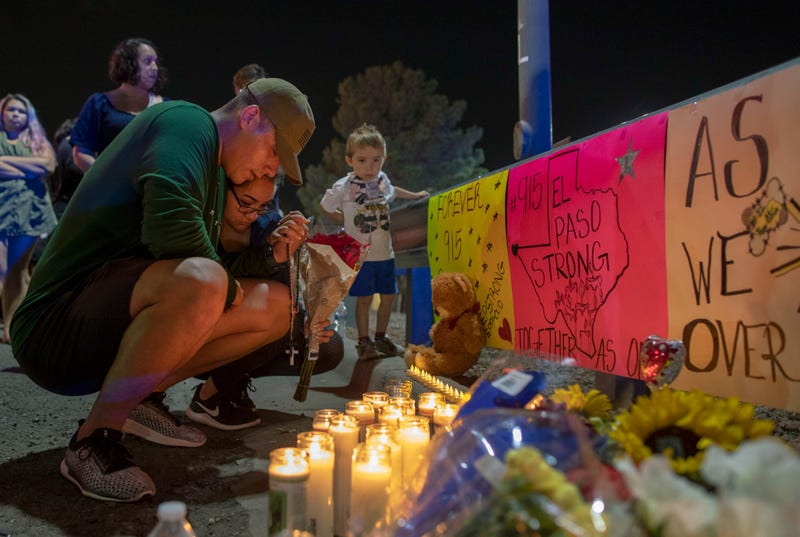 Sunday morning at 9:45am, I posted on the Scoot On The Air (SOTA) Facebook page, the idea that time is running out for President Trump to denounce white supremacy.

Nearly 24 hours later, President Trump addressed the American people and said, “In one voice, our nation must condemn racism, bigotry and white supremacy.”

President Trump’s address to the nation included many great points, like, “Hate has no place in America,” “It is not up to mentally ill monsters, it is up to us,” and that “Mental illness and hatred pulls the trigger, not the gun.”

The President spoke about passing “red flag” laws to stop those considered a danger to society from purchasing guns and the idea of “involuntary confinement” to hospitals and treatment facilities when necessary.

Those are all excellent comments from President Trump, but the text will come when the President is off script. It was an inspiring speech, but the future will determine if the words were sincere or just words.

What I found appalling about reaction to my original Facebook post on this topic was the immediate criticism of the focus on the two shooting suspects who were young white males and a possible link to the white supremacy movement.

The 21-year-old shooter in the El Paso, TX mass shooting appears to have posted words condemning illegal immigrants. Speculation is that the shooter drove 8 to 10 hours to reach the mall in the border city of El Paso to execute his desire to kill Hispanics.

For all the talk I hear from listeners and FB posters about the problem with young black males, it is appropriate to mention that the two mass shooting suspects were young white males. The fact that they are white males fits the national profile of mass shooters.

Prior to President Trump’s speech in which he asked for the country to condemn white supremacy, a FB post raised the issue of condemning Antifa. That seems to be a default defense of those who refuse to accept the reality that mass shootings are the result of white anger. Antifa should be condemned, but let’s not divert from the topic of the two mass shootings within a 13 hour period over the weekend.

There were FB posts that raised the issue of mental health, which is a big problem America needs to address; and, to his credit, President Trump included that in his address today. But one response to the post about mental health asked the legitimate question about why mental health is never an excuse for killings by Hispanics, Muslims and black Americans. That explains the racist twist imbedded in much of America.

The fight for equal rights for Hispanics, blacks, Muslims and the LGBTQ community seems to have instilled fear in many white Americans that they are being squeezed and actually losing rights. There is no defense for not supporting equality in America and the gaining of rights by others should not be interpreted as a loss of right for the majority of America.

And if the strong, even if subconscious, instinct to fight the crusades for equal rights is an admission that there is an attempt to protect the rights of white Americans over the concept of equality for all.

The two mass shootings in El Paso, TX and Dayton, OH killed 22 people and injured about 50 others.  And it all happened within a 13 hour period. The fact that the 21-year old shooter in El Paso wore protection for his ears and eyes meant that he cared about living, unlike many that are prepared to die in the name of their cause. The shooter also surrendered to police and, according to officials, is cooperating and not remorseful for his actions.

There should be little doubt that this shooter did what he did in the name of white supremacy and is prepared to continue to support his role in a growing crusade against non-whites – even if he represents the movement from his jail cell.

Based on the reality that Americans with such distorted motives live among us – the answer to addressing this threat does not come in the form of gun control. There are some laws that might help, but the belief that new laws are the answer ignores the role the minds of the individuals that have learned to treat hate as their religion.