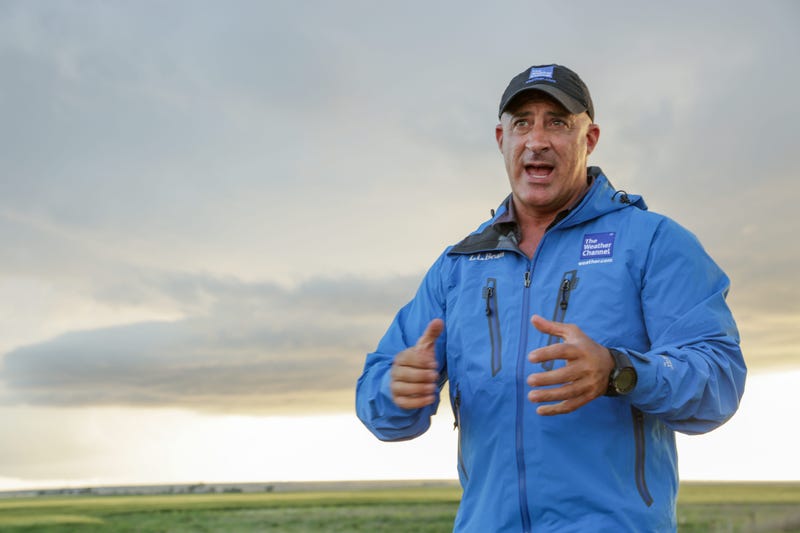 Cantore has been so consistent at being where storms eventually make landfall that concerns in a community rise when Cantore arrives.

So, regardless of what the National Hurricane Center says about where a storm will make landfall – where Jim Cantore goes to cover a storm is a good bet!

In its role to serve communities, predicting where a storm will hit and what the impact will be is not an easy position for the news media. Hypersensitivity to the news media’s bias or to the idea that the news media sensationalizes stories for the self-serving purpose of building an audience have put a target on America’s news media.

While the news media is guilty of both bias and sensationalizing stories, there are times when the media are unfairly criticized.

Storms are live and highly unpredictable. As sophisticated as technology is today, storms seem to have a will of their own; and often what appear to be precise predictions about the power of a storm when it hits and the impact it will leave on communities make the predictors look foolish.

The news media cover storms by providing information it receives from the National Hurricane Center and other experts. The media are beholden to the information it receives from the experts and track the storms. There can be a tendency to exaggerate the information in such a way that it alarms a community when the threat may not be that significant. The reason some in the media lean toward exaggerating the potential for danger is to create an audience that feels compelled to continue to consume that media outlet. Exaggerating or sensationalizing information about a storm is not different than the forces that drive people to different media outlets for political discourse.

I am not defending those who sensationalize the potential threat of a storm for the purpose of attracting attention to build an audience for coverage of the event, but there are many in the news media that take their jobs very seriously and are responsible with their interpretation of the information that comes from the top weather experts.

As a member of the media, I have often faced the challenge of reporting the projected landfall and potential aftermath of storms. My job should be to “alert” communities without “alarming” them.

It’s easy to criticize the media when a storm takes on a life of its own and defies the predictions, but that is not the fault of the news media. The public has become so sensitive to judging the media that the news media often gets the blame for outcomes beyond its control.

Currently, the tracking of Tropical Storm Barry has led to a wide range of prediction for primarily the Louisiana and Mississippi Gulf Coast regions. Even if Barry reaches hurricane strength before it makes landfall, which is currently the prediction, this storm is posing a greater threat from rain than from wind. Predictions of rainfall for the area that takes the hit range from 5 inches to 22 inches of rain. At this point, it is impossible to know exactly who will get what, so the media’s responsibility is to alert the public as to the possible consequences while not instilling unnecessary fear. And that is not always an easy job.

It’s fair to be critical of those in the media who are obviously sensationalizing storm updates for the selfish purpose of attracting attention' but as you listen and watch the coverage of Tropical Storm Barry, be mindful that many of us in the media are striving to alert you without unnecessarily alarming you.