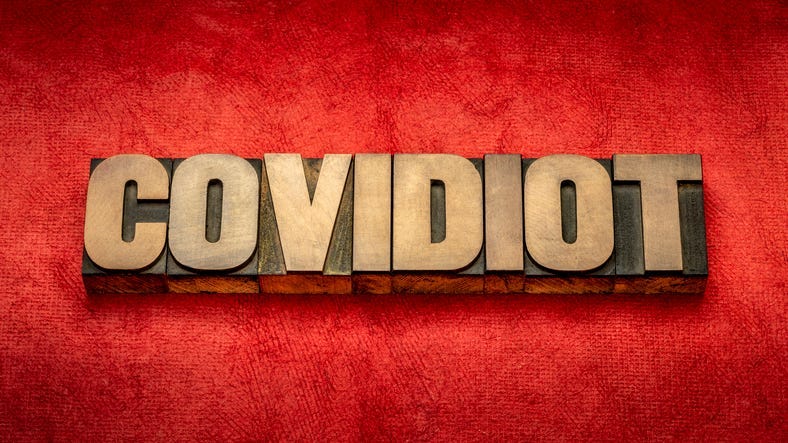 The coronavirus pandemic - and all that accompanies a pandemic in modern society - has definitely exposed a lot of ignorance in America.

Adding to the ignorance that has become a symptom of dealing with the pandemic - Louisiana State Representative Danny McCormick (R) said during a rant against mask mandates that “People who don’t wear masks will be soon painted as the enemy just as they did to Jews in Nazi Germany. Now is the time to push back before it’s too late. We can preserve America.”

In a video - Rep. McCormick sliced a surgical mask with a chainsaw and said, the “Constitution is being shredded before our very eyes.” McCormick spoke about “your body is your private property” and “If the government has the power to force you to wear a mask, they can force you to stick a needle in your arm against your will. They can put a microchip in you. They can even make you take the mark. After all, it’s for the greater good.”

Presumably, McCormick’s reference to “the mark” is a reference to the “mark of the Beast” in the Bible’s Book of Revelation. Hitler marked Jews before murdering them.

It appears the Rep. McCormick is auditioning for a dramatic acting role rather than acting like a state lawmaker. The passion behind not wearing a mask during the coronavirus pandemic is extremely high - but to compare any criticism that may be directed at Americans not wearing a mask with what Hitler did to the Jews during the Holocaust is not only a supreme insult - it reflects the ignorance that has shrouded common sense.

This story was in the Monroe News-Star - but, sadly, it was picked up by other news outlets across the country. I will continue to use my radio show and social media to convince the outside world that everyone in Louisiana is not devoid of intelligence.