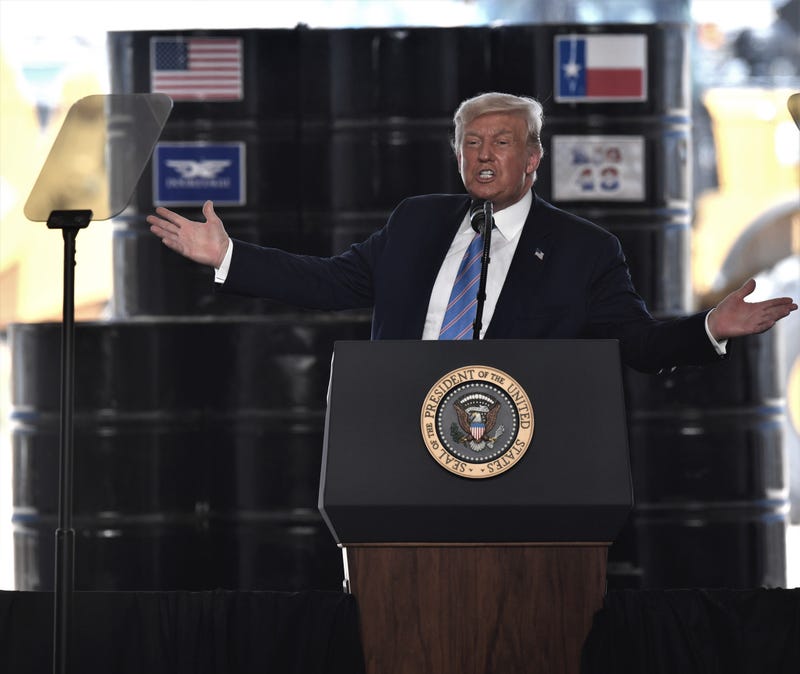 With Universal Mail-In Voting (not Absentee Voting, which is good), 2020 will be the most INACCURATE & FRAUDULENT Election in history. It will be a great embarrassment to the USA. Delay the Election until people can properly, securely and safely vote???

Considering President Trump’s aggressive attitude toward opening schools and states opening businesses - it is impossible to believe that his concern over voting is real.

With zero evidence - even from Republican Secretaries of State - President Trump continues to portray mail-in voting as inaccurate and fraudulent. This claim continues to be made by Trump - even though there is no evidence to support it.

After promoting that the unemployment numbers were down and the U.S. economy was rapidly recovering - new economic figures from the Commerce Department show the U.S. economy went down by 9.5% in the April-June quarter - which is the worst quarterly drop in history.

Support of a whacky doctor that promotes “demon sperm” - irrational ideas of killing the coronavirus by injecting bleach into Americans - extreme reversal of his opinion on wearing masks - and his obsession with Dr. Anthony Fauci being more popular that he is - President Trump appears to be currently overwhelmed by a lack of consistency in handling the pandemic and dark economic news that he is unable to control.

Even though President Trump does not have the power to delay the upcoming 2020 presidential election - he is planting another seed of doubt that the outcome of the election will be illegitimate. Clearly - President Trump is deeply concerned about his chances of being re-elected.

The polls could be misleading and President Trump might be re-elected - but in the event he loses - he is trying to condition America that the election will not be legitimate.

If President Trump does not win - be prepared for a litany of excuses that will paint the election as rigged and the outcome as illegitimate. All of this is in the works to pad the egos of those who believe President Donald Trump is the political savior of America and to reconcile the loss of the election that they believe could not possibly lose.