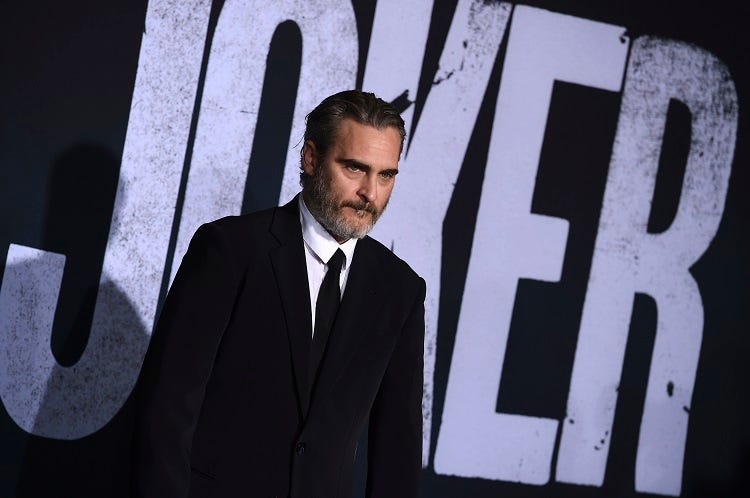 If Jack Nicholson set the standard for “creepy” movie characters, then Joaquin Phoenix has challenged that standard with his performance in “Joker,”  a performance that should earn Phoenix an Oscar nomination.

So convincing is Phoenix in the role of Arthur Fleck, a failing stand-up comedian with serious mental health issues, that it is hard to imagine Joaquin Phoenix might not have some personal reference to the deep depression his character faces.

On my talk show Friday, there was immediate reaction to the controversy that erupted following the opening of “Joker.” The controversy included concerns about the movie inspiring copy-cat crimes, like the mass shooting at a showing of the Batman-related movie “The Dark Knight Rises” at a movie theater in Aurora, Colorado in 2012. There was also concern that, through Joaquin Phoenix’s character in “Joker,” audiences would walk away with actual empathy for mass killers.

The movie does expose the real-world reality of society’s ambivalence toward care for mental illness, and one can’t help but empathize with anyone who falls through the cracks of a bureaucratic system that is failing to provide help to many who desperately need attention.  However, that tinge of empathy for Phoenix’x character does not erase the distain for the violent manifestation of Joker’s mental health issues.

Phoenix’s character suffers from pseudobulbar affect (PBA), which is a condition defined by an individual’s total lack of control over spontaneous laughter and crying in situations where neither is warranted. Understandably, PBA is associated with some other form of mental illness and paints an individual as “looney bird.”

On the opening weekend, “Joker” set several box office records. The movie earned $93.5 million at the box office in the U.S., which set a new record for openings in October. Globally, the movie made a whopping $234 million and also set the record for the biggest opening box office for an “R-rated” movie.

The bashing of “Joker” by some movie critics should be ignored.  If you like the genre of psychological thriller, then go see “Joker.” Cinema history is littered with movies the critics dismissed but were enjoyed by a mass audience - reminding us that many critics can be film dorks that reject movies that are appealing to a mass audience.

The movie was well-directed by Todd Phillips, and the supporting cast included movie icon Robert De Niro - who went through his entire part without saying anything negative about President Trump! That was noteworthy.

Good movies entertain you - but the sign of a good movie is also a movie that makes you think about what you saw long after leaving the darkness of the theater.

At one point in “Joke” - Joaquin Phoenix asks: “What do you get when you cross a mentally ill person with a society that doesn’t care?”

The answer to that question lies in the movie - “Joker.”