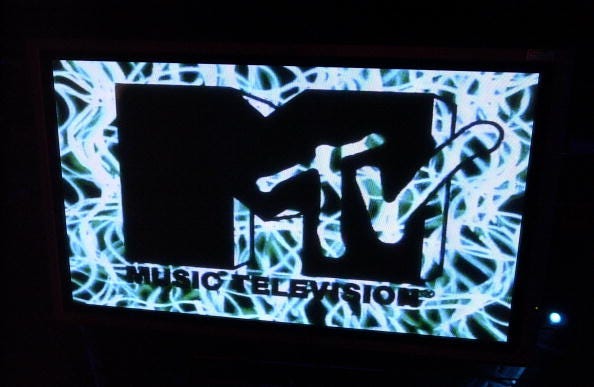 It was on this day, August 1, 1981, MTV signed on the air.  The first music video played by the new rock music channel was “Video Killed The Radio Star” by The Buggles. Yet thirty-eight years later - the radio star - and radio as an entertainment medium - are still viable forces in American society. Today, radio reaches over 90% of the population.

In the beginning, MTV – Music Television – played music videos 24/7; and suddenly there was a new venue for artists to expose their new music. For many, MTV signing on the air meant that radio would no longer be the only viable source for delivering new music to a young audience.

Times changed - and so did audiences.  In an effort to continue to capture the youth market, MTV changed their strategy of airing only music videos to TV shows that targeted a young audience. The change in programming caused those of us who witnessed the beginning of MTV, and those of you who grew up with MTV videos, to lament about the days of the music videos we first remember after the launch of MTV.

For me, “Jessie’s Girl” by Rick Springfield and a more obscure early music video hit, “Love Plus One” by Haircut 100 both bring back memories of my earliest experience with MTV. I know you have a few videos that you will always remember as the first music videos you saw on MTV.

By signing on the air with the music video, “Video Killed The Radio Star” – MTV was making the statement that it would render radio obsolete. Well, thirty-eight years later, radio remains a strong and relevant medium.

There was another time in history when radio was said to be on its way to certain death - when TV was invented, but it didn’t die then either. So, what is it about radio that has allowed it to survive and thrive since its inception in 1901?

Studying communication theory over the years and the role various mediums play in society, I have gained a great appreciation for the unique properties of radio. The invention of television and the presence of a TV channel that added visuals to the music that was played on the radio did not kill radio because radio is an intimate medium, by virtue of its properties and how it is used.

The idea that on this day, August 1, 1981, radio would become worthless was based on the fusion of visuals with the music. Many believed that the extravagant production of music videos would render the music on the radio boring and outdated. But that didn’t happen. In fact, music radio was reaching an all-time peak in the early to mid-80s, shortly after MTV hit the air.

There are two unique elements that make radio special.

First, hearing a song or listening to talk on radio invites imagination. Our imagination is a powerful and stimulating function of our brains. Hearing a song or hearing talk without visual images sparks imaginations.  Second, in comparison to television, radio is a very intimate medium. As massive as a radio audience is, most people are listening alone in the car, at work or at home. It’s just the listener and the song or the person talking on the air. It’s a one-on-one relationship that has always been a special quality of radio.

Compared to television, radio has always been a mobile medium. In times of disaster, radio cis often the only source of vital information for communities in distress.

Today, radio is challenged by the technology of the Internet and cellphones, tablets and podcasts. Interestingly, the new technology, like podcasts, is intimate as well.  The invention of television and the signing on of MTV didn’t kill the radio star because nothing can compete with the subtle, but distinct, communication principles surrounding radio.  Think about how close you feel to the person or the song on when you’re listening to the radio – it’s just you and the host or you and the song.

Not only did “video” not kill the “radio star” - but the original personalities on MTV on this day in 1981 are no longer on MTV - they have radio shows!

1thing
5 tips to maintain zero-waste goals during the pandemic
sports
Texans working on contract to make David Culley head coach: report
news
Bastian the dog can 'talk' to his owner using more than 50 words
music
Morgan Freeman offering to prank call your friends for charity
news
Mission to save injured goose on river ends when it's discovered it was actually a decoy
news
Is the coronavirus vaccine safe for pregnant women?