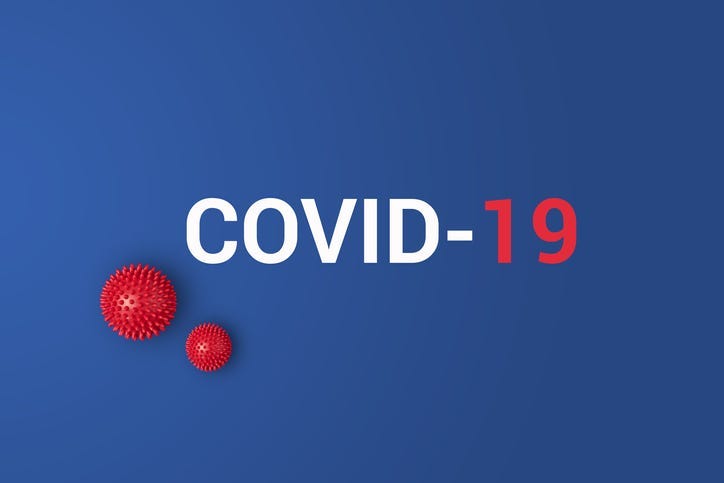 As we start to get the beginning of some positive news concerning the numbers of coronavirus cases and deaths we have to resist the temptation to celebrate by relaxing our stay-at-home and social distancing routines. Unfortunately, there are too many who are still not taking this crisis seriously.

A photo of seven people gathering in downtown New Orleans not practicing social distancing drew attention and many comments.

The first posted comment to the photo of the gathering raised the issue that there is no place for the homeless to go. The photo carried the heading - “Downtown New Orleans - is this social distancing?” There was no mention that these people were homeless. That post attacking society attracting immediately inspired post comments that challenged the premise that this is about no place for the homeless to go.

The photo of the gathering was taken during an afternoon exercise walk in my downtown neighborhood. These individuals are not a regular part of my neighborhood, and a hotel around the corner is the hotel that is housing the homeless following a city mandate to get the homeless off the street. The was probably a group from that hotel.

If the group was from the hotel that agreed to house the homeless in New Orleans - then they have someplace to stay and perhaps were just out getting fresh air - which is allowed during the stay-at-home mandate. But the point is that they were not practicing social distancing.

At what point will the truth be accepted in all communities? Yesterday, LA Governor John Bel Edwards announced that nearly 70% of the coronavirus deaths were African-American - in a state with only a 32% black population. Governor Edwards said the state would reasearch the disparity. But immediately - the race card was played.

COVID-19 does not discriminate - the virus does not target a specific race, gender or religion.

CNN correspondent - Van Jones - a vocal African-American often raising issues of inequality - said that initially there was the feeling in the black community that coronavirus was a “white people’s disease.” Jones said that social media was ablaze with news that blacks were immune to the disease.

Jones talked about the underlying condidtions of the black population - which are also congruent with those conditions in the overall population. In a very assertive voice Jone said that if you are black and you take pills for diabetes or for anything - “go in your house and stay there and don’t come out or you are going to die.” And he added that this is something the black community needs to scream to itself.

Anyone who knows me through my radio talk show knows without a shadow of a doubt that I support total equality on every level. I raise this issue of the disparity in African-American deaths from coronavirus only to impress upon everyone that this disease knows no racial boundaries. Everyone is at risk. The ones at greater risk are those who do not take all of this seriously - regardless of the color of their skin.

It has been suggested that there are more poor black people; and, therefore, COVID-19 disproportionately affects the black community - but let’s remember that among those who have died recently in New Orleans are Ellis Marsalis, the patriarck of the famous jazz family - and two highly successful local high school football coaches. The deaths of all 3 tell us that income is not a decisive factor.

The point is this - black, white, young, old, healthy, sick, Christian, Jew, Muslim, straight, gay, male, female - EVERYONE is a potential victim of a deadly virus that has spread across America.

This is not the time to play politics or the play the race card. This is the time to take the stay-at-home and social distancing orders seriously because if you don’t - you may die.

And as we continue to get positive news about the numbers - we cannot relax our resolve in fighting this disease - as individuals and as a nation.