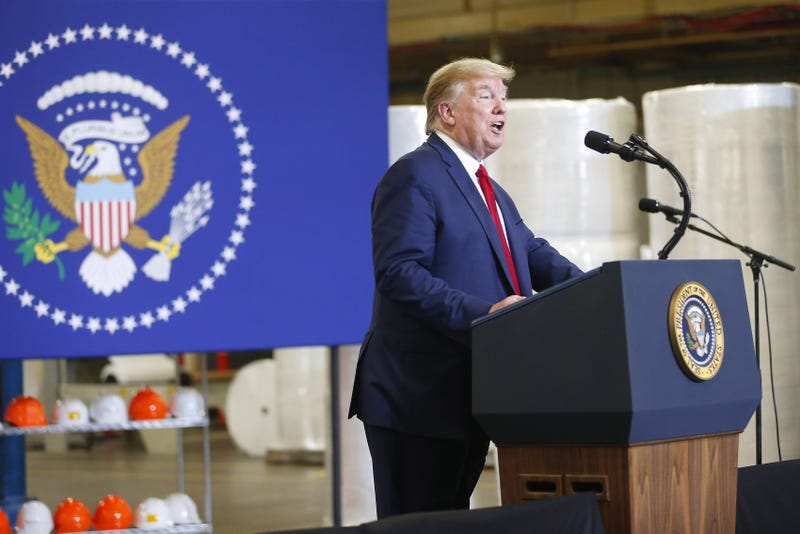 When you hear the potential side effects of any drug through TV advertising, you often think that the chances of taking a certain medication are more dangerous than taking nothing at all. But obviously, the risks do not outweigh the benefits of the drug. Many over-the-counter drugs carry severe warning labels that might make some question whether the risk is worth it.

When President Trump made the surprise announcement that he has been taking the unproven drug - hydroxychloroquine - to prevent contracting the coronavirus - reaction was instant, and much of it was criticism of the President for appearing to promote a drug that could have dire side effects.

It should not come as a surprise that the criticism and the praise of President Trump’s announcement was drawn shapely along political lines. Earlier today - I posted a video on my SOTA Facebook page that criticized the President of the United States for openly admitting that he is taking a drug to prevent getting COVID-19 that has not been proven and has known side effects that include death.

Much of the reaction to the FB video was criticism of me for criticizing President Trump. So sensitive we have become over political tribalism that it seems impossible to criticize the words or actions of a president without the criticism immediately being perceived as an attack on political ideology.

During a meeting with restaurant industry leaders in the White House State Dining Room - President Trump dropped the bombshell, “I’m taking it - hydroxychloroquine.” The President followed up with, “I think it’s good. I’ve heard a lot of good stories. And if it’s not good, I’ll tell you, I’m not going to get hurt by it.”

Fox News Channel host Neil Cavuto said President Trump’s announcement was “stunning.” On his show, “Your World,” Cavoto said, “The President has insisted that [hydroxychloroquine] has enormous benefits for patients either trying to prevent or [who] already have COVID-19. The fact of the matter is, though, when the President said, ‘What have you got to lose? In a number of studies [of] those certainly vulnerable, the population have one thing to lose, their lives.”

Cavoto referred to a nationwide study a VA hospitals finding that vulnerable patients - with respiratory and other underlying conditions - could face death. “I cannot stress enough. This will kill you,” Cavoto warned.

In their undying defense of President Trump - many have quoted doctors who have said that there is little or no risk to taking hydroxychloroquine. As we all know - doctors do not always agree on everything; and anyone seeking confirmation bias for defending President Trump taking the drug can find doctors or studies that support that view.  However, the CDC and countless doctors have warned that the risks of taking the drug are far too serious to justify taking it to prevent getting the coronavirus.

The political tribalism now deeply manifested in America is cancelling any hope we have for a return of common sense. Any criticism of President Trump taking hydroxychloroquine is interpreted as outright condemnation of conservative ideology and passed off as the nonsensical agenda of the liberal media.

Whether it’s politics or race - we seemed to have arrived at this critical moment when criticism of behavior is no longer acceptable and all criticism should be considered criticism of an ideology, a party or a race. Often judgment is not based on ideology, a party or race - often judgment is based solely on behavior - which supports the idea that we - as individuals - are to be held accountable for our behavior and passes are not granted based on ideology, parties or race.

Anyone who thinks that celebrities and powerful politicians do not have the power and ability to persuade doctors to act against their best judgment must not be familiar with the prescribing practices of the doctors of Michael Jackson or Elvis.