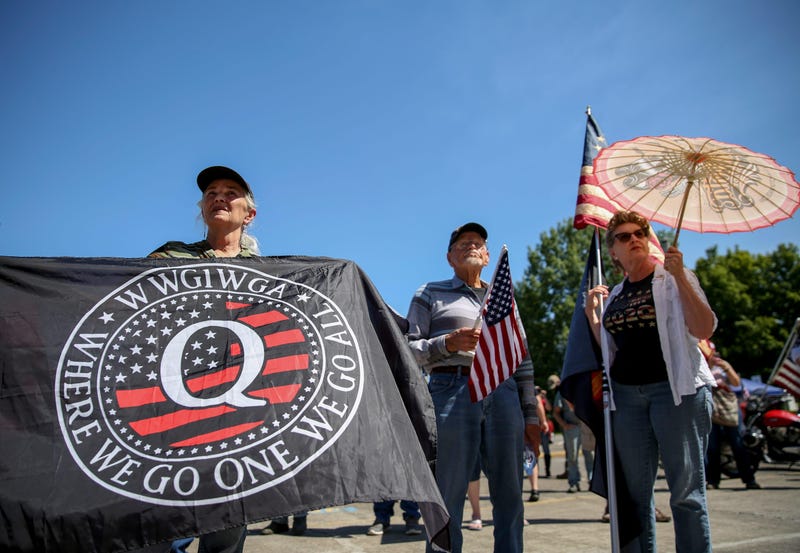 President Trump’s subtle acceptance of the far-right conspiracy group – QAnon – further demonstrates that he is content pandering to his most loyal followers – while ignoring the massive number of independents and moderate Republicans and Democrats that actually determine the outcome of elections. The winner of the 2020 election will not be decided by the far-right or the progressive left. The power to election a president remains in the hands of the invisible Sensible Party.

QAnon is a far-right group promoting ridiculous and evidence-free conspiracy theories that began in October of 2017. The basic conspiracy theory is that a group of powerful politicians and wealthy executives – mostly Democrats – are operating a worldwide child sex trafficking ring. Former President Barak Obama, Hillary Clinton and George Soros are the top names mentioned as leaders of the sex trafficking ring.

The idea that QAnon believers will be seated on Capitol Hill and will be part of the process of making laws is alarming to many Americans – including some prominent Republican leaders.

Louisiana Republican Congressman Steve Scalise is among those who are concerned that QAnon will actually have an impact on GOP ideology.

But there are those who have promoted QAnon as a legitimate group with legitimate fears. FOX News host – Jesse Waters – gave the conspiracy theorist group credit for supposedly revealing some amazingly positive things about President Trump. Later – Waters was pressured to issue a statement that he does not believe in QAnon.

The baseless beliefs of QAnon are so outrageous they should be seen as a group of clowns – but there is something frightening about the idea that Americans actually accept the whacky conspiracy theories as fact.

One man took the conspiracy so seriously that he drove to the pizza parlor in the D.C. area with a gun – entering the restaurant and firing at least one round with customers present – all in the name of saving children. There were no children, and the man made an embarrassing confession about believing something so ridiculous.

But it gets better! Some true QAnon believers accept and promote the idea that the sex trafficking of children includes drinking the blood of children and even eating them.

QAnon supporters also accept the notion that President Trump pretended to collude with the Russians to solicit the help of Robert Mueller in the fight against the “deep state’s” goal of defeating President Trump.

About a year ago a listener called my radio show on WWL and went into serious detail about how a rocket carrying the children or the bodies of the children to Mars regularly blasts off from Earth.

The fact that there are potentially millions of QAnon supporters walking among us has been the subject of much analysis by mental health professionals. Believing in wild conspiracies is nothing new. The tendency to believe in conspiracy theories is a human characteristic that may be driven by a desire to explain things that cannot be explained.

QAnon is a clownish group that is unwittingly being fleeced. Websites and books dedicated to QAnon supporters are generating income from gullible fools that accept and promote the conspiracy theories.

Vague clues are regularly distributed through QAnon sites and social media as a way of holding the attention of followers. Q is believed to receive secret information from informers inside the Trump administration – which adds credibility for many who believe in the group.

Those who have grown concerned about the influence of QAnon believers being elected to Congress should have faith that the believers of this group of crazies will be exposed as clowns.