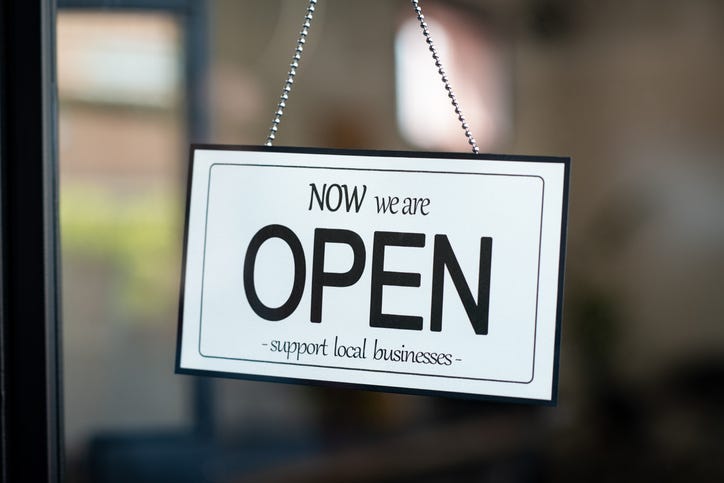 This weekend saw the reopening of many businesses in New Orleans, the state of Louisiana and 47 other states across the country. You got the feeling that some were ready to be released from physical and emotional confinement while others were content to follow the stay-at-home orders.

Bourbon Street in New Orleans was more crowded Saturday and Sunday than I anticipated. With many businesses still boarded up - some restaurants and bars that serve food were allowed to open if restrictions were followed: 25% of capacity and a requirement for the staff to wear masks and gloves.

Bourbon Street was only crowded relative to the dead zone that has prevailed for the past two months - but there were signs that New Orleans was opening up again.

Some restaurants continued to offer outdoor seating - but dining rooms were allowed to open. A few of the daiquiri shops that serve food were opened and even a t-shirt shop was opened - but I didn’t notice any COVID-related T-shirts for sale.

The scenes of people standing outside of bars that served food brought a comforting vision to the barren Bourbon Street during the lockdown. Many people were wearing masks - many were not.

There seemed to be a different attitude when it came to wearing masks. In the grocery stores I visited - I saw about 90% of the staff and customers wearing masks and trying hard to social distance - but a comment on my Facebook page painted a very different picture at the Walmart in Gentilly. That was interesting because at the Walmart Uptown - compliance was overwhelming, though it had not always been that way.

As much as there was a heated debate on my talk show and on social media over wearing a mask - the message in New Orleans was that it was the right thing to do. But comments on social media indicated that across the lake in St. Tammany Parish - mask-wearing was not a universal practice.

The signs of life on Bourbon Street and throughout the city gave a sense that we really will come back from this lockdown. In one restaurant that has a bar - there were no diners; but there were two groups of people sitting at the bar. How long these businesses can survive operating at only 25% capacity is yet to be determined - but it was a welcome sight to witness the city starting to reopen.