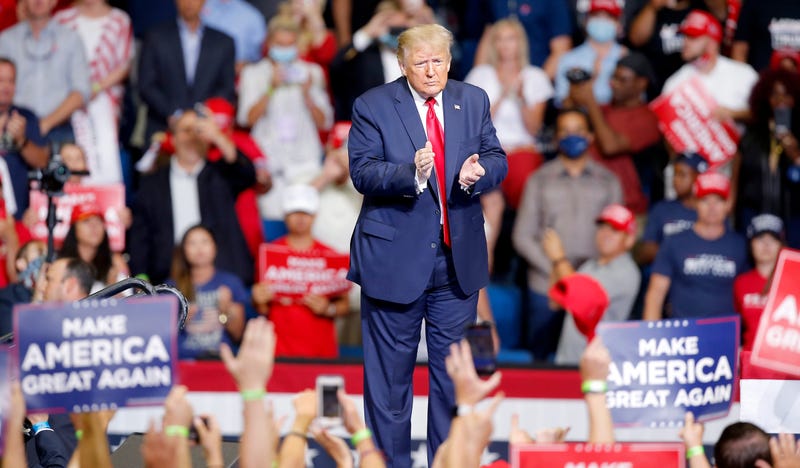 President Trump appears to be obsessed with the idea that he is not as popular as Dr. Anthony Fauci - a member of the White House Coronavirus Response Task Force and one of the leading infectious disease doctors in the country.

During a press conference at the White House - the President acknowledged the high approval rating of Dr. Fauci saying, “So why don’t I have a high approval rating with respect - and the administration, with respect to the virus?” Trump went on to say, “a man works for us, with us very closely, Dr. Fauci and Dr. Birx also, very highly thought of - and yet, they’re highly thought of, but nobody likes me?” The President obviously feels that he is entitled to popularity by proxy.

Considering the continuous stream of absurd comments flowing from President Trump - it is amazing that the President is perplexed about his popularity.

The coronavirus will just disappear.
Hydroxychloroquine is a cure for the coronavirus.
Bleach kills germs - what if Americans injected bleach into their bodies?

And this week - President Trump retweeted a video that included a controversial doctor who has said that uterine disorders, miscarriages, and infertility are caused by having sex with demons while dreaming.  Dr. Stella Immanuel has also said that a plan from the Illuminati - an alleged secret society that is running the world - calls for a witch to use abortion, gay marriage, and children’s toys to destroy the world.

The conservative media entity Breitbart first promoted the video with Dr. Immanuel, and Donald Trump, Jr. aided it with a tweet - it was viewed over 14 million times.

Why is it difficult for President Trump to understand why most Americans do not trust his handling of the coronavirus pandemic?

President Trump has been accused by the media of caring more about his personal approval ratings than doing what is best for the American people and Trump’s “nobody likes me” comment seems to prove his obsession with popularity.