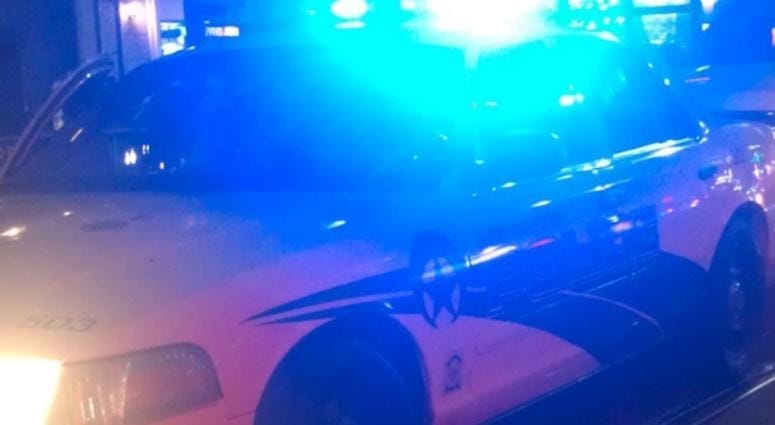 A mass shooting during the Bayou Classic weekend in New Orleans quickly spread across the media and became a national story that stains the image of a city people want to love, but they can’t ignore the perception of violence in New Orleans. The mass shooting also invites “fake news” based on “confirmation bias.”

The news story about the shooting where 10 people were injured on the threshold of the world-famous French Quarter that posted on my Facebook page attracted comments like this:

Steve: Typical for the bayou classic. It happens each and every year. This is why many restaurants and businesses close down on this weekend.
Ron: Unbelievable. Every year. Very sad.
Paul: Scoot I’m sorry but this happens every year on this weekend. Has been happening for at least 20 years I can remember that Thanksgiving weekend in the city has been marred by vandalism and assaults.

Here is the truth based on facts: There are not shootings every Bayou Classic weekend – the weekend when Grambling State and Southern University meet in their traditional match-up. The last time there was a shooting on that weekend in New Orleans was in November, 2016 when two males continued an ongoing dispute over a woman onto Bourbon Streets and opened fire on each other. One innocent bystander was killed – 9 others injured.

The two males that shot at each other were in town to be part of the Bayou Classic crowd, but they did not represent the thousands who came here to enjoy a college tradition and a festive crowd on Bourbon Street.

Blaming the Bayou Classic is suggesting that fans of the annual tradition are not capable of gathering and having fun without violence. That’s not true. Some will argue the city should stop hosting the event.

In the case of the mass shooting in 2016 – the two males may have had no connection with the game and the festivities. There are shootings and violent acts during Mardi Gras that are much more consistent and predictable than shootings and violent acts during the Bayou Classic weekend, but the same people calling for the Classic to be cancelled do not seem to have the same desire to cancel Mardi Gras.

Any violence during Bayou Classic weekend in New Orleans fits the narrative of those who want to believe that race inspires violent behavior. This is not about race. There is zero evidence that skin color determines a person’s tendency to be violent. It’s not a person’s skin color – it is the environment and culture in which people are raised that contributes to violent instincts.

Books could be written about environment and behavior; but for the purpose of this blog, let’s be honest and say that there has been a reluctance to honestly address the environment/culture issue because it seemingly points a finger at one community.

The problem with violence starts with reckless, casual sex between young people with no regard for the consequences of disease or pregnancy. Having children is a career choice for too many people, and our government has created a system that rewards that behavior. Children need parents, and children cannot be parents. As the cycle has continued, generation after generation have been trapped in a lifestyle that allows – even supports – the idea of having babies.

The other issue that never is discussed is the attention paid to what young mothers put in their bodies while they are pregnant. I doubt much thought is given to the nutrition of the unborn child in a young teenage mom who continues her life more as a teenager than an expected mother. Why should it not be assumed that many children come into this world with a distinct health disadvantage?

There are areas that have become off-limits because of the idea that somehow race is to blame. Politicians and community leaders ignore part of what is to blame for violence as a blanket defense of culture. But this is not about race – it is about learned behavior.

Part of the culture that produces a disproportionate amount of gun violence in society is the acceptance – or even the necessity – of carrying a gun to settle an argument or to protect turf or reputation. Again – this is not about race – it is about behavior that should be unacceptable and the failure of leaders to honestly address the real issues.

There have been six mass shootings in New Orleans since 2013. That is unacceptable on every level. And those are mass shootings and do not include the shootings that involve two, three or four people. In fact, there were other shootings around the city over the Thanksgiving weekend, including two family members killed possibly by two other family members. There was a shooting in the River Bend area of New Orleans, and a friend of mine had a bullet hole through the window of her car. River Bend is a long way from the epicenter of the Bayou Classic crowds, so that shooting probably had nothing to do with the Bayou Classic – proving that there is a behavior problem and carrying guns and settling disputes with guns has become a way of life.

Stop blaming the annual Bayou Classic crowd for shootings or violence. The tragic and unfortunate things that happen are caused by individuals, or groups, that have been taught to disregard life in general. And much of the lack of respect for life comes from the simple act of children not being loved or the fact that too many children do not have acceptable parents or mentors in the community.

New Orleans Mayor LaToya Cantrell and NOPD Chief Sean Ferguson were both adamant about protecting the citizens and visitors to New Orleans from random shootings, but we have all heard the same words over and over to the point where they have become meaningless cliques. I have no doubt the mayor and the police chief sincerely want to stop the violence, but until the real – and uncomfortable issues – are addressed – I don’t believe change is realistic.

In the meantime – children are brought into a world that does not offer them the basic care and guidance they need to be happy and successful – and we are all walking around in a world where it has become the new norm for senseless shootings to inaccurately define who we are as a society.