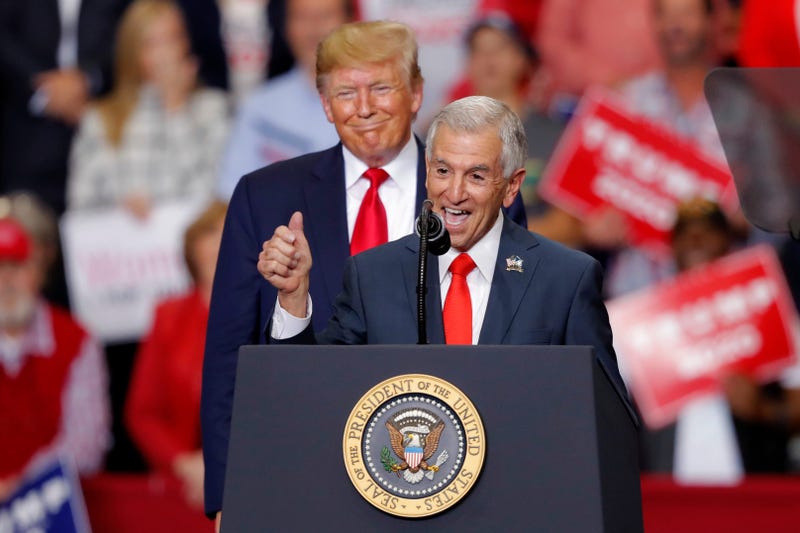 The election is over, and perhaps the most important result is all those damn political commercials are gone! We, the citizens, endured months of relentless political ads that tested the limits of human tolerance for ugly deception. But the important thing is this - we survived - even if we are a bit wary from the intense battle.

In the run-off for governor - Gov. John Bel Edwards, a Democrat, defeated businessman Eddie Rispone, a Republican, in a campaign that seemed more about Gov. Edwards running against President Donald Trump than a race between two local candidates.

In the end - the power of President Trump was not enough to push a Republican into the governorship. That’s a good thing - not because the winner was a Democrat and the loser was a Republican - but because it says that Louisiana voters are independent-thinking enough to make that decision for themselves.

The big winner in the governor’s race was the state of Louisiana. Louisiana is generally ignored by presidents and presidential candidates because the state is solidly red. President Trump carried Louisiana by 20 points in 2016. There's also the fact that Louisiana only has 8 electoral votes.

But President Trump’s three visits to the state in an effort to push a Republican into the Governor’s mansion demonstrated how important it was for Republicans to win a battle in the war of politic. Louisiana is still the only state in the Deep South that has a Democrat as governor, and this appears to be somewhat of an embarrassment. It should not be an embarrassment - but in the wars between the political tribes it was important.

Republican Congressman Steve Scalise went on Fox News Sunday, and he clearly demonstrated that this race was about politics. Rep. Scalise, whom I have much respect for and who has been on my radio talk show many times, was attempting to boost President Trump even though Trump’s three visits to the state and his strong message about voting for the Republican candidate failed.

In his attempt to reconcile Trump’s power in Louisiana, Scalise said that President Trump was responsible for closing a big gap from the primary. In the primary, Gov. Edwards received 47% of the vote and Eddie Rispone received only 27%. Rep. Scalise was bragging that President Trump was responsible for Rispone going from 27% to 49%. But what the congressman failed to consider was that there was another Republican - Congressman Ralph Abraham - in the race, and Abraham and Rispone split much of the Republican vote.

It wasn’t the power of President Trump as much as it was the uniting of Republican votes that pushed Rispone to 49%.

This is not anti-Trump - this is another example of pro-reality. We must continue to point out when politics supersedes people, and this was a classic example of that. Eddie Rispone also took the calculated risk of linking his entire campaign to President Trump. Rispone was embarrassingly short of policy ideas and failed to demonstrate why he was the best candidate. He depended on creating his political image in the likeness of President Trump. This is an obvious concern for Congressman Scalise and other Republicans who continue to believe that President Trump is so loved by so many that voters will follow anyone who campaigns in the shadow of the President.

Credibility was lost when President Trump came to the state and during his rallies for Rispone - he consistently described Gov. Edwards as a “radical liberal” and the majority of voters knew that was a false label. Gov. Edwards is pro-life and pro-gun rights and was elected as a moderate Democrat in a red state. Remember - both sides reject the idea that moderate candidates can win because it lessens the power they derive through the great political divide.

Even in the face of deciding between President Trump’s demand that voters remove the Democrat and put in a Republican - enough voters in Louisiana expressed their independence by voting what they knew about the two candidates and refused to follow the message of a president many of them strongly support.

What does all this mean? Does it mean that President Trump - who failed to get two out of three candidates elected in recent governor’s races - is losing popularity and power even in red states? Does it indicate trouble for President Trump in 2020?

While many are quick to tell us what the Edwards victory means - no one really knows the answers to the obvious questions being asked.

Let’s be clear - the narrow victory by Gov. John Bel Edwards did show us how divided we are in Louisiana. This may be a red state - but it is not a red state that votes blindly along party lines. The victory is also not a rejection of Republicans.

Gov. Edwards’s win over Eddie Rispone is a victory for the state of Louisiana, which does not own the best political image nationally. The state won because the voters rejected pressure to vote for a candidate solely because of their political affiliation. But the Edwards’ victory also demonstrates that moderate candidates can win and may actually be a welcomed alternative during theses times of political tribalism.