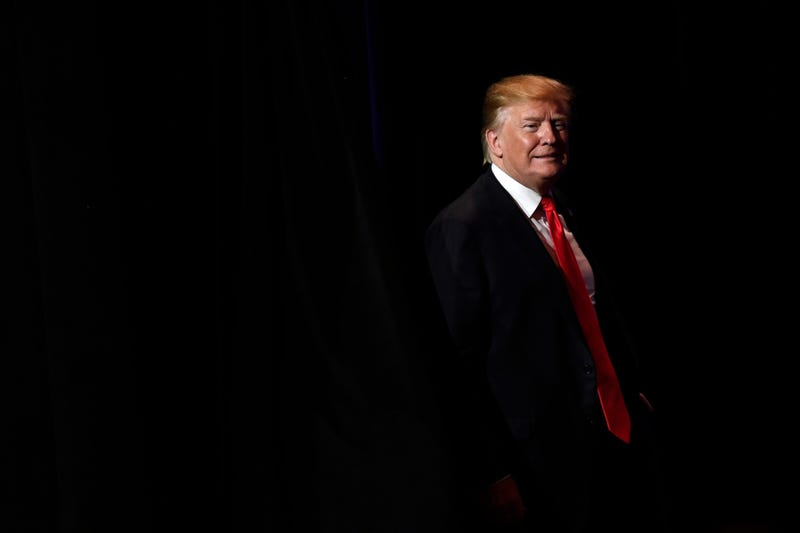 The impeachment hearings are concerned with allegations of President Trump allegedly withholding foreign aid to Ukraine until the president of Ukraine agreed to publically state that there was an official investigation into the business that former VP Joe Biden’s son was involved in. The concern is that President Trump used withholding approved aid to Ukraine as leverage to force the president of Ukraine to investigate the son of the former vice president, who, at the time, was the clear frontrunner among Democrats for the 2020 presidential election. It would have been illegal for the President of the United States to use his office for personal political gain.

The impeachment hearings began today on Capitol Hill; and the broadcast networks – CBS, NBC, ABC and Fox – along with the three primary cable news networks – CNN – MSNBC and Fox News have cancelled all regular programming to provide wall-to-wall coverage of the hearings.

The whistleblower is protected by law – but Republicans want the whistleblower revealed so that individual’s credibility can be assassinated. We are led by politicians who are so loyal to their political tribe that they will be for something when it benefits their side and against the same thing when it does not. And the much of America is applauding the obvious hypocrisy.

So where can we find the truth? I think it’s safe to say that most people will not be watching the wall-to-wall coverage of the impeachment hearings and opinions will be formed by the comments and observations made by the news media hosts and anchors and radio talk show hosts. But opinions should not be formed by the biased comments of those in the media with specific agendas.

The truth will not be easy to find. It might take viewing the general opinions on Fox News or CNN and MSNBC and drawing a conclusion based on hearing the slanted coverage of the news media. But that takes more time than many Americans are will to spend of finding the truth.

Here is an example of how illusive – or unwanted – the truth is. Fox News host Chris Wallace said that the first public impeachment hearing have been “very damaging to the president.” Those who criticize the right-leaning bias of Fox News will say, “You see, even Fox News says the testimony is damaging.” But those looking to support President Trump will say, “Chris Wallace isn’t a real Republican.”

And that explains everything. Regardless of the topic, most people on both sides seem to have made up their minds long before the truth is revealed – if it ever is.

So, good luck finding the truth and what we, as Americans, should know and care about. If President Trump used his office for personal political gain, how can that be supported? It would not be supported if President Obama did the same. And if this is a vindictive crusade to unseat President Trump, then that needs to be recognized.

Don’t blame the media if you can’t figure out the truth because anyone who looks to the media for the truth is a fool. Find it within yourself to view, listen and read comments and consider the sources of those comments and then patch together some semblance of truth.

Here is one truth we should all know – many Republicans and Democrats don’t care about the truth – so it’s up to the rest of us to seek ways to find the truth and to make the truth more important than the parties.