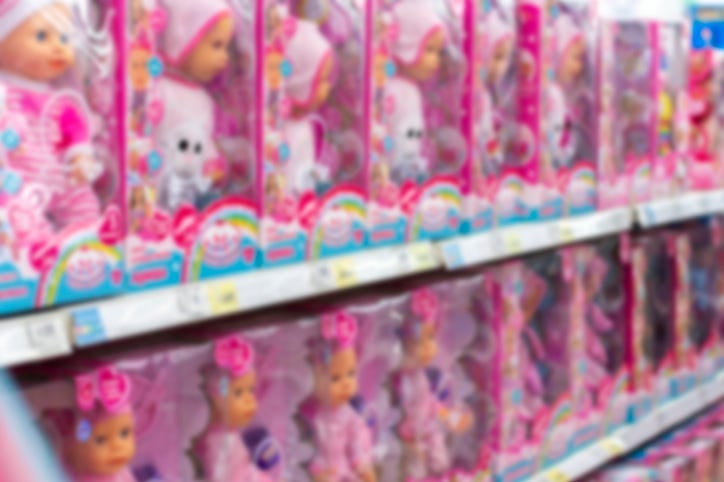 One of the major faults of modern society is the growing tendency to find evil even where evil does not exist. The basic problem is that adults see things and interpret things through their minds and their perspectives on life, and they assume that children interpret things the same way. Children see the world through their eyes - not the eyes of a sexually active adult.

Adults have found, what they believe, is blatant sexual imagery in some animated Disney films. More likely than a child picking out phallic symbols in the animation and linking those symbols to thoughts of sexual behavior is the probability that a parent is sensitive to anything appearing to resemble human genitalia and immediately associating that with actual sex acts.

While I have been quick to denounce countless attempts to find sexual images in innocent places - there is controversy over a Trolls doll from Hasbro that has been removed from stores following complaints that it is conditioning children to be open to sexual contact.

When I first began to watch the video a young mother posted on social media warning of the inappropriate nature of the doll - my mind was already thinking that this would be another overly sensitive helicopter parent that sees evil where evil does not exist. I began thinking about how I would denounce this lunacy on my radio talk show and social media. But I watched the video with an open mind, and I was shocked!

Hasbro is removing a Trolls doll after a petition with over 150,000 signatures accused the company of promoting sexual abuse of children. The doll is part of the “Dreamworks Trolls World Tour and Sing Poppy.”

There is nothing innately suspicious about a talking doll that features a button to push that initiates phrases or sounds from the doll. Push the button on the doll’s stomach and the doll says, “How about a hug?” But push a second button and girl doll makes sounds, like, “Whee!” and “Oh!” The second button also prompts the Trolls doll to giggle and gasp. The second button is located right where the doll’s privates would be.

The petition accuses Hasbro of creating a doll that will condition young girls to think that when someone touches that area of their body that cooing, gasping and giggling are the proper response. A Spokeswoman for Hasbro told CNN that the “feature was designed to react when the doll was seated, but we recognize the placement of the sensor may be perceived as inappropriate.”

Since I am not one who shares the concern that everything is sexual and that children see the world the way adults see it, I was surprised that I agreed with the concern over the placement of the button. To prompt the doll to react - a person would lift up the doll's skirt and push the button in her private region. And the reactions for touching that area of the doll make it totally inappropriate.

Hasbro says they will replace the Trolls doll if any parents deem the doll inappropriate.