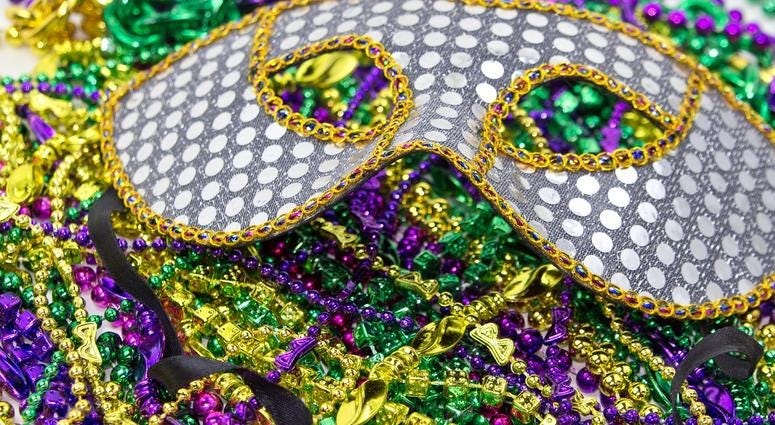 Mardi Gras is a miracle that happens every year in New Orleans. A massive crowd of people drinking excessively confined to Bourbon Street - a relatively narrow street in the French Quarter of New Orleans - seems to be a recipe for disaster, but in the city of New Orleans - it’s just Mardi Gras Day!

The New Orleans Police Department, the Louisiana State Police, along with the support of law enforcement from surrounding parishes are to be commended for the way they maintain order among the chaos. But the people who participate in Mardi Gras deserve credit, too.

Even when NOPD was not dealing with a shortage of police officers, the massive crowds that gather annually for Mardi Gras and St. Patrick’s Day and for the Saints’ Super Bowl Championship parade, the crowds far outnumbered police officers, which means that the crowd deserves some credit for peaceful way we party in the streets.

During my conversation with country music star Trace Adkins on the day of his participation in the Krewe of Orpheus parade and ball, Adkins said that this was his first Mardi Gras experience and “I don’t think there’s an event anywhere in the country - in any other city - that compares to this.” Adkins also spoke about traveling to every big city in America and said, “No other city comes together for one seminal event - I’ve never seen it - it’s unique to Louisiana - it’s unique to New Orleans.”

Trace Adkins is right when he says Mardi Gras is “unique to New Orleans.” When we say, “we know how to party,” that idea stretches beyond the physical pouring of and consumption of alcoholic beverages. The more important aspect of that idea is that we know how to come together and party without mass vandalism.

There are problems when any large crowd of people gather - and Mardi Gras is no exception - but when you consider the shear size of the crowd and the slight number of incidents - it is impossible to rationally argue that Mardi Gras is not a unique event that could not happen in every city in America.

The great irony is that New Orleans has a reputation of a city plagued by violence, but that reality defies the peaceful overtones of every big celebration hosted by this city. Maybe this unique ability to peacefully party comes from the original meaning behind wearing masks on Mardi Gras Day. Masks were worn so that everyone could come together and celebrate.

At a time when the classes of people were strictly separated in society, the wearing of a mask for Mardi Gras allowed all of the classes to come together as one and celebrate in the streets.

The relative peace that reigns over every huge celebration we have in New Orleans may also be inspired by the concept of southern hospitality, or perhaps it comes from a special fun-loving gene inherent in our DNA.

Whatever the reason - it is the people, along with law enforcement, that create an atmosphere for massive celebrations void to major outbreaks of violence. And let’s not forget the amount of alcohol that is consumed during every celebration we hold.

It’s sad that there will be senseless violence between now and the next big, unbridled celebration, which is St . Patrick’s Day! That will be another time when the unique ability to party in the streets will be on display for all to witness.

Our ability to celebrate is more noticeable to visitors and those who are new to the Metro New Orleans area; but for those who grew up here or who have been here for a long time, let us also recognize and appreciate this thing we have going on here and give it the attention we too often reserve for the negative things about our city.