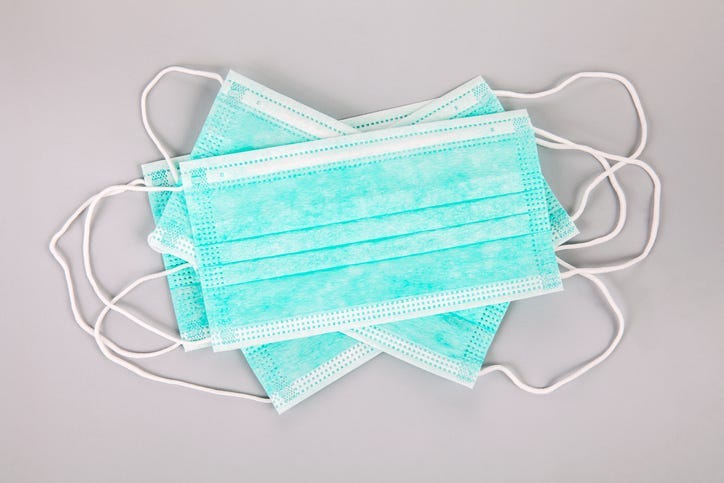 As the number of coronavirus cases spikes in many states and skyrockets in a few - the debate over whether to wear a mask is heating up faster than the summer temperatures. Why is this such a controversy?

From the very beginning, I have seen the mask controversy as a politically-driven issue with the right generally condemning the wearing of masks and the left supporting it. That may be a generalization, but it accurately defines the politics behind the mask.

The increase in the coronavirus cases appears to be the result of states opening up before President Trump’s guidelines were strictly met. Some want to blame the increase on the protesters - but there does not appear to be sufficient evidence that the protesters are responsible for the scope of the increases. It is fair to say that the thousands that gathered to protest - many wearing masks - contributed to the spike in numbers - but so did those who went to bars, beaches and gathers without social distancing and without wearing masks.

Blaming the protesters fits one narrative - but it ignores reality. On May 20th - Florida Governor Ron DeSantis insisted that the prediction that his state would become like New York was ridiculous and politically-motivated. A month later and Florida is the hot spot that New York once was with over 18,000 new COVID-19 cases in two days over the weekend.

Major beach areas will now be closed for the 4th of July weekend. Over the weekend, Governor DeSantis held a press conference and addressed the disturbing increases in Florida. DeSantis has been bold in his support of opening places that now seemed to have contributed to the big increases. From the beginning - DeSantis treated the mask controversy like it was a political game, and look where the state finds itself today.

What is most ironic about the spike in cases in states, like Florida and Texas, if that Republican governors were bold in opening the economies - but the people failed to maintain personal responsibility by social distancing and wearing masks.

The foundation of conservative ideology is less government intrusion and more power for individuals. But when the government allowed more things to open - instead of being personally responsible - too many people did not wear masks or social distance and the numbers have been spiking.

The best way to keep government out of our lives is for we - the people - to take seriously the act of being personally responsible for our behavior.