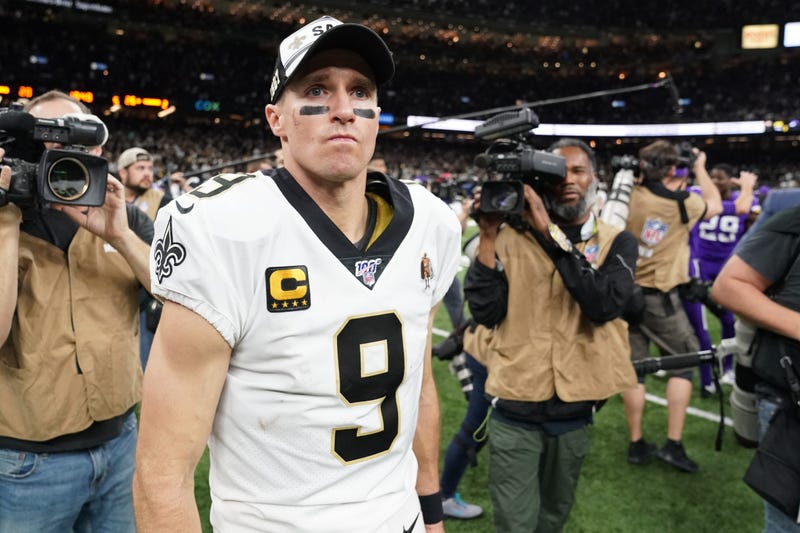 As the sting of the Saints playoff loss to the Vikings begins to fade and as talk about Drew Brees and his future dominate conversations, I hope Brees comes back next season as the Saints quarterback. But should Brees decide that it is in the best interest of him and his family to retire – I would support that decision.

Drew Brees has meant a lot to the city of New Orleans and the Who Dat Nation, and it is hard to imagine the Saints without Brees at QB.  However, we know that day will eventually become reality – if not now – then in the near future.

Both Drew Brees and Tom Brady – true NFL legends – ended this season with poor performances. Brady has strongly indicated that he will return next season – but not necessarily with the Patriots. The vision of Tom Brady in another team’s uniform seems unimaginable – but that is a possibility.

It is even more difficult to imagine Brees wearing the uniform of another team, and I think that Brees either retires or returns to the Saints next season. But we’ve all been surprised by decisions made by players and coaches.

I hope that Drew Brees returns to the Saints having learned from whatever contributed to the lethargic performance against the Vikings. And Coach Sean Payton has some honest soul searching to do on what appeared to be a Saints team that failed to focus on the task at hand.

In life – we learn more from our failures than from our victories and much can be learned from the defeat that gave the Saints another quick exit from the playoffs.

While coaches and players can learn from that game and this past season – fans can learn as well. Some Saints fans may be less likely to assume a great season record will lead to success in the playoffs.  And after 3 consecutive years of losing games that should have been won, who can blame an increase in cynicism?

Drew Brees is one of the top QBs to ever play the game of football, and his records prove that.  Time does change players, though; and that is a reality that cannot be denied.

We should all want the best for Drew Brees. He has been an inspiring football player and citizen. Since Drew is a fierce competitor and considering how this season ended – I would not be surprised if he returns – but the Saints will be a different team. I would think that Drew is going to watch the pieces fall in place over the next few weeks and base his decision on retiring or returning on whether the key players he needs on both offense and defense are still part of the team.

The decision to retire is an easy decision for a lot of people – but it is a daunting decision for those who love what they do, and we know that Drew Brees loves to play football.