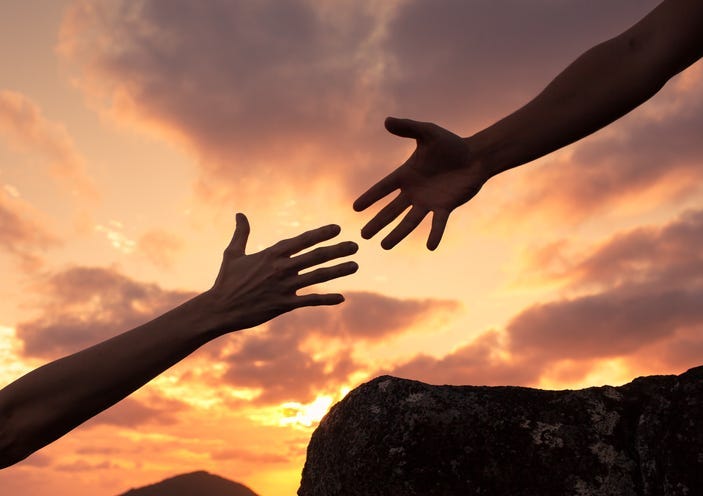 In a society defined by hate and bitter partisan politics, could hope trump hate?

Studying communication theory throughout my career, I have come to the unmistakable reality that the media reflects its audience. As much as Americans want to blame the media for the great divide in our country, the media – whether the news media or entertainment – is actually reflecting the audience it attracts.

The news media and entertainment more mirror behavior in society than dictate behavior; therefore, the media can give us clues as to what new trends may be on the horizon.

In America, we have a history of pushing the boundaries of everything but somehow retreating before we go over the proverbial edge.

In the 1970s when TV producer Norman Lear was using entertainment to tackle America’s most controversial issues, like, abortion, race relations, homosexuality and gender equality, there was concern that the trend of openness about hot-button issues and the trend toward promiscuity would continue to the point of no return. That did not happen.

American television was on the edge, and before going over that edge – a new trend caught on. In the 1980s, the Baby Boomer generation fueled the conservative movement. In fact, it was on this day in 1984 that President Ronald Reagan won re-election over Democrat Walter Mondale. There was a new awareness of morality; and arguably the top TV show that dominated the 80s was “The Cosby Show,” which depicted an upscale black American family that dealt with problems common to all Americans. Compared to the more raunchy content of 70s shows, like “All in the Family” and “Maude,” “The Cosby Show” was more wholesome.

What happened to that trend of taking controversial issues to the limit? It died. And tt died because a trend had reached the point of oversaturation and fatigue with the direction took over America.

I approach my radio talk show with the belief that fatigue has become a reality with the tone of political discourse in America. The new may be different every day, but the ambience of the conversation remains the same.

It is with that in mind that I choose to look for interesting topics that transcend political partisanship. Of course, I still talk about the big political controversies, but I am responding to what I sense is a general fatigue over many of the on-going political issues. And I don’t believe I’m alone when it comes to political fatigue.

This week, I noticed two things that made me begin to think that the entertainment media has discovered that maybe it’s time for change. These are two isolated incidents, but I try to be sensitive to signs that a new trend may be starting.

The trailer for the upcoming movie, “A Beautiful Day in the Neighborhood,” starring Tom Hanks as Fred Rogers, host of a children’s show on PBS for many years, has been airing in advance of the November 22, 2019 release date.  The movie is about the man – “Mr. Rogers” – and how much he contributed to bringing a positive message to children. There will be much more to talk about closer to the release date; and, of course, a review of the movie and an interactive conversation will follow.

But I am taking note of the timing of this relase.  At a time when Americans are so divided and so entertained by hate and judgment, the wisdom behind the release of this movie may be an indication that Hollywood senses a mood for change.

Along with the prevalence of the promotions for “A Beautiful Day in the Neighborhood,” another occurrence captured my attention. This week, the new Billboard Top 200 Album Chart showed that the new Kanye West album was #1.

Kanye West is a rapper that has not always owned a pristine image. His new album is titled, “Jesus Is King.” It’s a rap album that celebrates Jesus, and that coincides with Kanye’s recent admission that his is essentially “born again.” His concerts resemble gospel revivals.

The critics did not anoint “Jesus Is King” as the #1 album – people, the audience, responded to it.  That is why it’s #1.

This tells me that, maybe, there are signs that it’s time for a change and those who try to predict what audiences will react to may be perceiving that the fatigue over hateful political discourse has reached a tipping point.

Time will tell us if a movie and an album are a sign that America is ready to change.