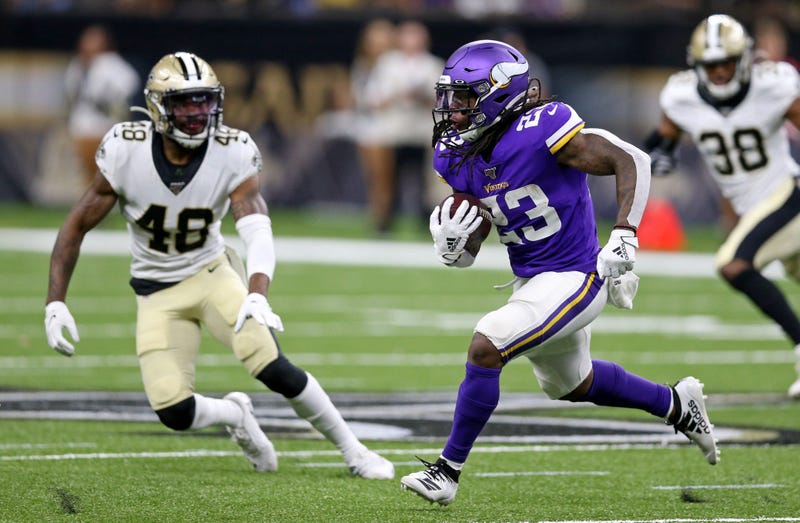 The Saints defense was ranked in the top-10 by most statistical measurements in 2018.  One area they struggled in; red zone defense.  New Orleans was in the lower third of the NFL in both red zone and goal line scoring percentages.  The Saints have emphasized working to fix that in training camp.  Consider it a work-in-progress after one exhibition game.

"We were kicking field goals and they weren't.  They ended up being three for four in the red zone, 75-percent.  Two for two in goal line situations, 100-percent," explained former Saints quarterback Bobby Hebert on the Saints Radio Network after the game, explaining how the Vikings capitalized on their scoring chances while the Saints did not.

"Last year the Saints red zone defense, you know what we finished?  Twenty-third.  Goal line defense we were twenty-fifth," Hebert said. "The old saying, 'Bend but don't break?' Well we need to bend (and not break)."

When they weren't giving up scores deep in their own territory, the Saints were giving up big plays in the middle of the field.  In fact, the Saints gave up 460 total yards of offense, and 8.5 yards per play.  Those are unsustainable numbers if this team expects to contend again for a championship.

RELATED: Deuce's Dimes: The good and bad from Saints preseason loss to Vikings

"We still got gashed too much.  What I mean by gashed is splash plays.  Kristian," Hebert groaned to co-host Kristian Garic, "we gave up 213 rushing yards, basically eight yards per carry."

Yes, many of those yards were given up by the second, or third, team defense.  However, many of the players on the field at those times will have roles either on defense or special teams during the regular season.  To have that many mishaps, according to Hebert, is very concerning.

Then there's the matter of penalties.  The Saints were flagged eight times in the contest, a number far too high for Hebert's liking.

"The officials were just flag happy.  I think they were just setting the tone.  To throw 21 flags.  That's too say the least, that crew being flag happy.  And that's being kind."

On the bright side, there was place kicker Will Lutz, who had a perfect night on four kicks.  Lutz, along with punter Thomas Morstead, have developed into perhaps the most reliable kicking duo in the NFL.

"Will Lutz, that was encouraging because he's going to have to kick game-winning kicks.  Four for four, that was outstanding," Hebert praised the performance.

Now the Saints will practice through mid-week, then it's off to the west coast to hold joint practices with the Los Angeles Chargers before the two teams play in their second exhibition contest on Sunday.

"Somebody is going to be 0-2 after two preseason games.  Either them or the Saints.  I'm more interested in how well we practice against them next week leading up to the game."

Hebert said he'd like to see the players gain confidence by working against a team most expect to also be a Super Bowl contender.

"Cam Jordan. Whoever it might be.  Drew Brees. You want Drew Brees to be confident, clicking, in those practices against the Chargers."

Listen to Hebert's full post game commentary in the podcast below.