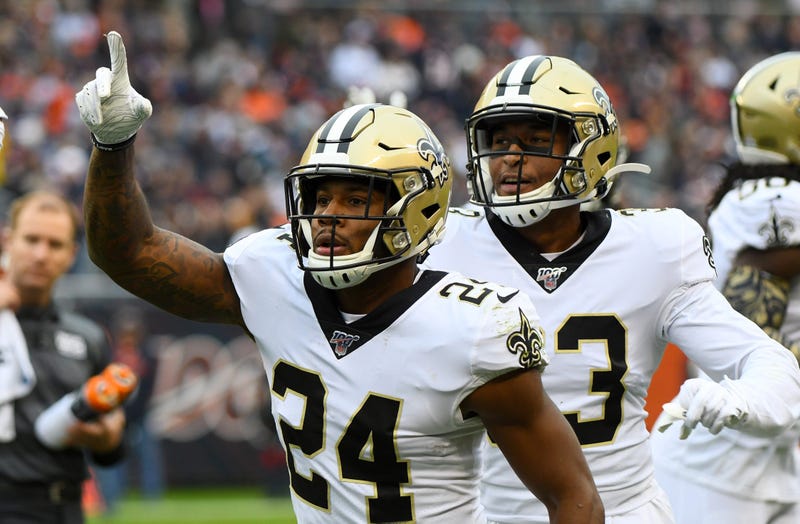 The Saints defense has been making things tough on opposing quarterbacks this year, seasoned players like Russell Wilson and Deshaun Watson. Now they get to take their shot at Arizona rookie Kyler Murray, but safety Vonn Bell says the Heisman winner who was taken #1 overall in this year's NFL Draft brings a lot to the table.

"We see a young quarterback, very capable of doing anything, especially with his feet," Bell said during his appearance on the America Bank & Trust Players Show Thursday night. "He has a strong arm. And he really looks for his threats down the field. The most important thing is we've got to contain him in the pocket."

The Cardinals also boast an all-time great at receiver in Larry Fitzgerald Jr. Bell said they can't let him get going.

"We've got a lot of respect for him. But we're not going to back down," Bell said. "We're going to compete every play, and make him know. Make him feel us. We're here."

Bell also discussed the possible return of Saints starting quarterback Drew Brees. He said even if #9 is back under center, the defense can't forget what has gotten the Saints five straight wins.

"We know what he can do. We know what he provides," Bell said of Brees. "I just don't want the back end and the whole defensive unit to take a break. And I'm gonna be on them.

"We put it upon our shoulders. Put the team on our back. We tell each other we can be the reason why we win games. Getting three-and-outs. Getting turnovers. Why not us score on defense?"

Bell and the Saints face off with the Arizona Cardinals in the Mercedes-Benz Superdome Sunday at noon. Our coverage on WWL starts that morning at 8. You can hear the full audio of Bell's appearance on the America Bank & Trust Players Show by clicking the podcast link.