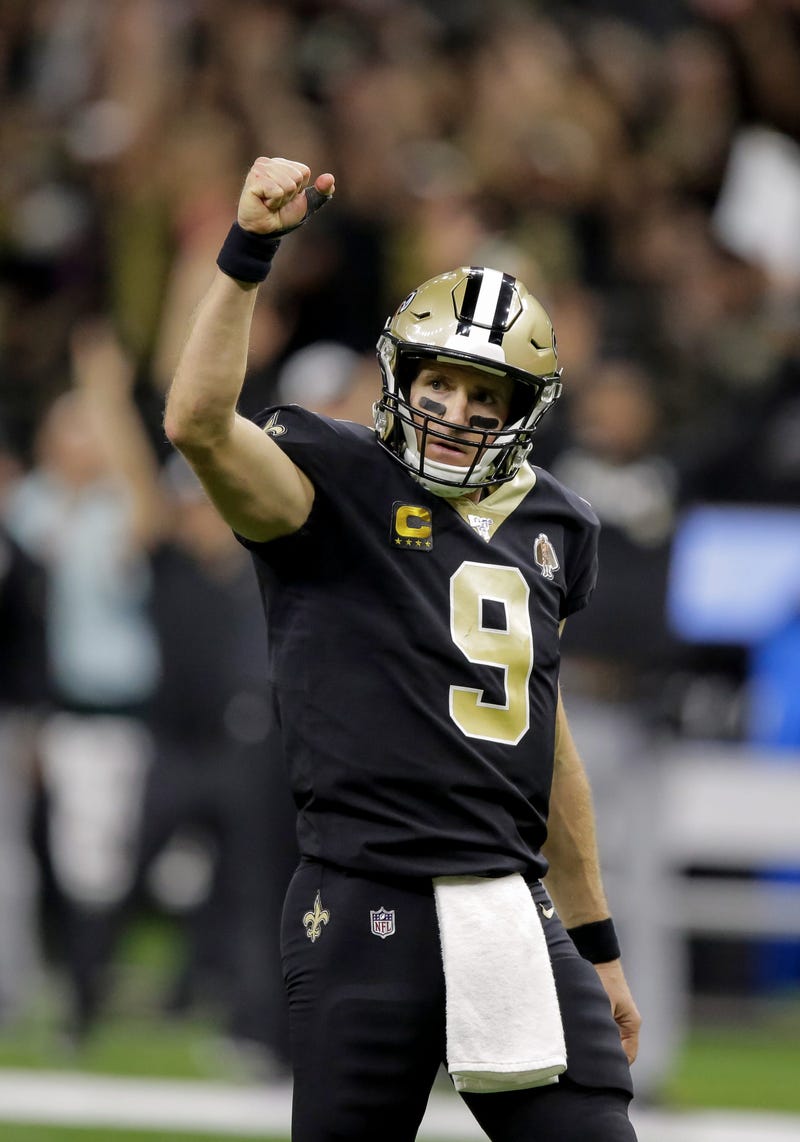 What to do on your week off when you're already well-rested. That's the question facing Saints quarterback Drew Brees this week.

Brees just returned from a five-week layoff to heal his injured thumb and finds his team's bye week upon him.

"I always gauge the bye week as to how I'm feeling," Brees said Wednesday night on his weekly "QB to QB" segment on WWL Radio. "Typically these come at a time where you've been grinding for a while, and here we are at the dead midpoint in the season, right? Eight weeks. So listen, had I played all eight of these games, I'm sure my body would be a little bit more sore and as far as just mentally needing to recharge the batteries.

"I missed five games," Brees continued, "so I didn't kind of have the rigor of the mental and maybe the physical abuse that maybe I normally would. But I think it comes at a good time for just us as a team."

Brees added that he hopes the week off allows his teammates who have been out for a while rehabbing injuries to get back into the lineup upon the Saints' return to work.

"When you look at some of the guys we've been without over the last few weeks," Brees said, "mainly Tre'Quan [Smith] and Alvin Kamara and Jared Cook and some others, man, this gives them another week to get healthy. Hopefully we'll come back after the bye week full strength and continuing to try to improve and take it to the next level."

Brees and the 7-1 Saints get the weekend off and return to action Sunday, November 10, hosting the 1-4 Atlanta Falcons. You can hear the full audio of Brees with Bobby Hebert on "QB To QB" by clicking the podcast link.